NW province residents learn to live with the shakes 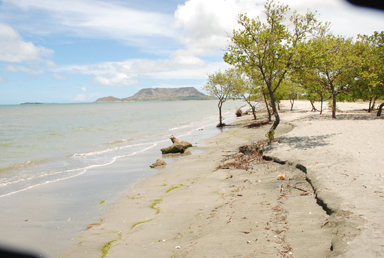 Montecristi, Dominican Republic.-  The residents in the northwestern province go about their day-to-day tasks now oblivious to the frequent tremors in the various towns for 11 day running, local media report.

The Santo Domingo State University (UASD) National Seismology Center registered 20 quakes across the country in the last 24 hours, nine of which shook Montecristi,

The first tremors occurred Sept. 23, of magnitude 5.2 in Villa Elisa; 4.3 in Guayubín, and 4.4 in Montecristi, which caused damages to several schools.