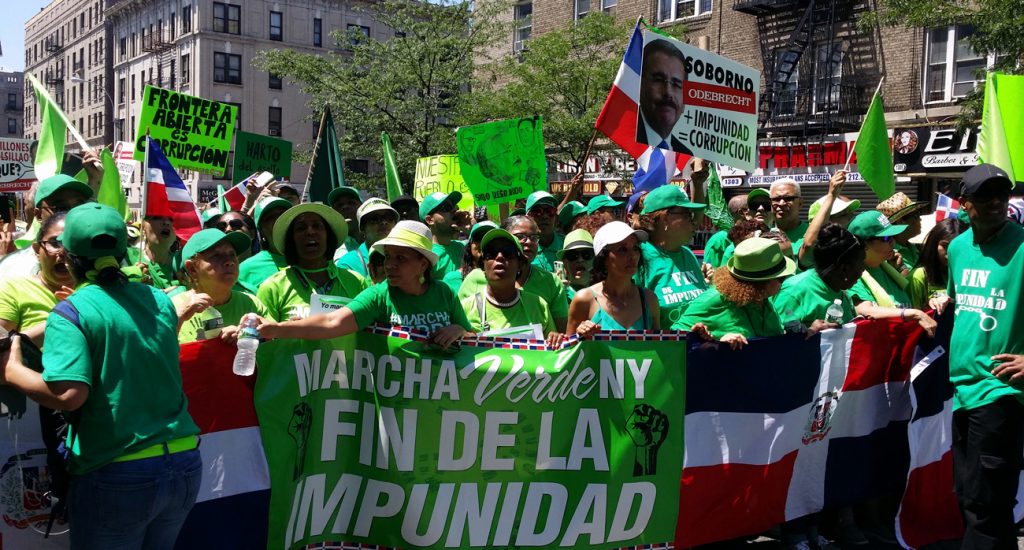 Santo Domingo.- Several organizations  grouped in the National Coordinator to Reduce Fuels and defend People’s Rights on Sun. announced a march to the Industry and Commerce Ministry for Wednesday to demand lower fuel prices.

The activity will start 9am from Churchill Av. with 27 de Febrero, in the National District, said Luz Mejía, who read a document in the officers of the Rebel Movement.

The group’s agenda includes a march to the National Palace on October 24, a rally on the 28th to discuss the price of fuels and other issues.

“The movement will stand in solidarity and support the denunciations and persecution by the hoodlums which has us paying the most expensive gasoline, only to finance a mafia that exists in the government.”