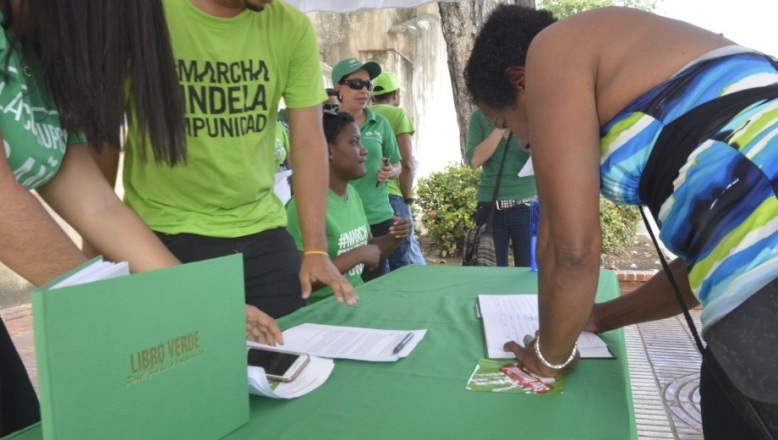 During an event in a park, Green March municipal activists said the forms to sign off on its Commitment are being distributed in all provinces and in the different municipalities so that the population can read it, analyze it and join their proposals “aimed at achieving jail to the corrupt, recovery of the stolen and cancellation of contracts with mafia companies.”

The Greens note Santo Domingo Este’s successes in several civic struggles, such as halting the illegal construction of a bus deport in Parque del Este.

“In this municipality we have shown that where there is struggle there is victory. That is why our peaceful struggle continues to expand in this territory with the signing of this great social and political articulation that is the Commitment to the end of impunity,” said the activist Manuel Jiménez reading from a document.