10 quakes shake the North since Sunday 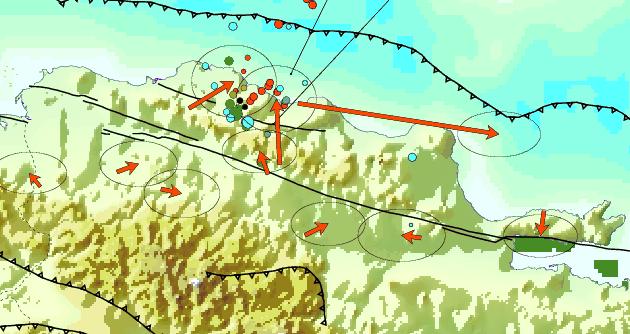 Santo Domingo.-  10 earthquakes were registered in the country on Sun., including one of 4.5 magnitude in Puerto Plata, with no reports of damage, according to the Santo Domingo State University (UASD) Seismology Center and Civil Defense.

The tremor occurred at 2:02pm was southwest of Imbert, Puerto Plata, and was felt in Nagua, Salcedo and some sectors of La Vega, according to Civil Defense.

Before that quake a 2.9 magnitude tremor was reported at 8pm Saturday southeast of Punta Cana, with its epicenter in La Mona Passage between Puerto Rico and the Dominican Republic.