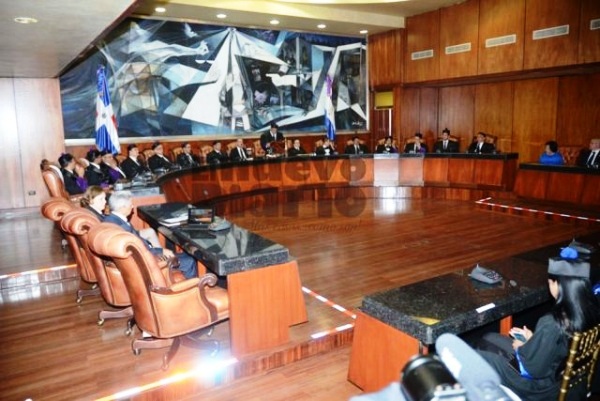 Santo Domingo.- The civic movement and Dominican chapter of Transparency International held talks on how to achieve an independent justice, by jurists Francisco Álvarez, Fabiola Medina and Fernando Henríquez, who analyzed the system of justice and ideas that achieve higher levels of independence.

Participación Ciudadana said the meetings are held by PC every two months and seek to spur interest among various sectors of Dominican society in a topic, to discuss and learn, or share and contrast initiatives, news, knowledge and opinions; “in this opportunity, within the framework of the process of selection of the members of the High Courts.”

For Citizen Participation, “the Dominican justice was subjected to transformations from the Constitution of 2010, with the creation of the high courts, the National Council of the Magistracy and some other changes.”

The organization said that by keeping the public prosecutor’s office as an agency of the Executive Power, “the necessary independence from the political power is not guaranteed, as the facts have shown, for this reason, its level of credibility remains very low, affected by three fundamental factors”:

The composition of the high courts; The maintenance of high levels of corruption and cooptation linked to drug trafficking and other businesses and the unequal justice to the detriment of the poor and ineffective in enforcing human rights and eliminating the large number of cases that come to. “This is accompanied by a corrupt and disastrous prison system.”