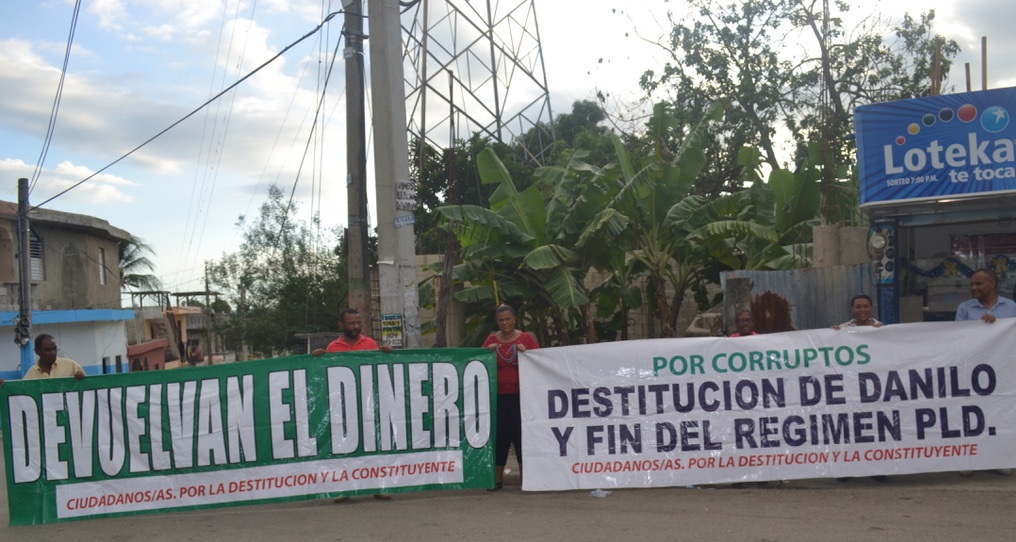 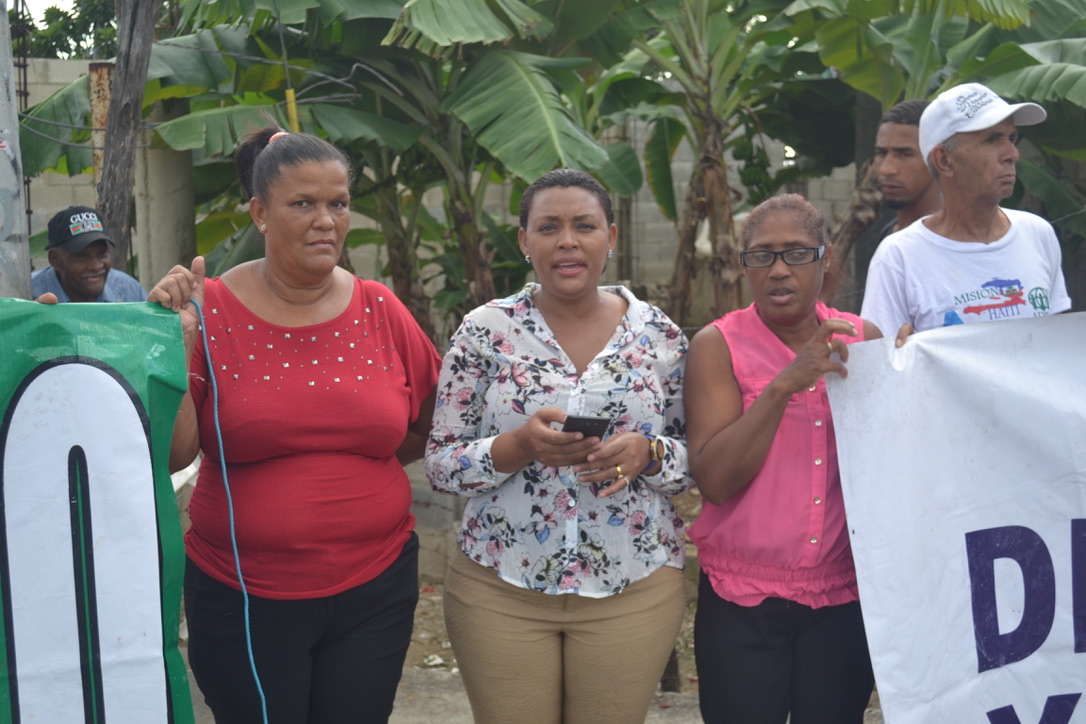 Santo Domingo.- Residents of La Piña, a sprawling barrio of the Los Alcarrizos subdivision  held a sit-in Sunday afternoon to demand  that president Danilo Medina step down, lower  fuels, staples and other grievances.

La Piña residents and leaders gathered to stage a sit-in at the sector to carry out the mobilization that took place in order and with the support of the neighborhood.

The Citizens Movement said they’ll continue the protests with human chains in other barrios of Greater Santo Domingo to prepare for the 24-hour strike in the capital called for Tuesday, Nov. 27.