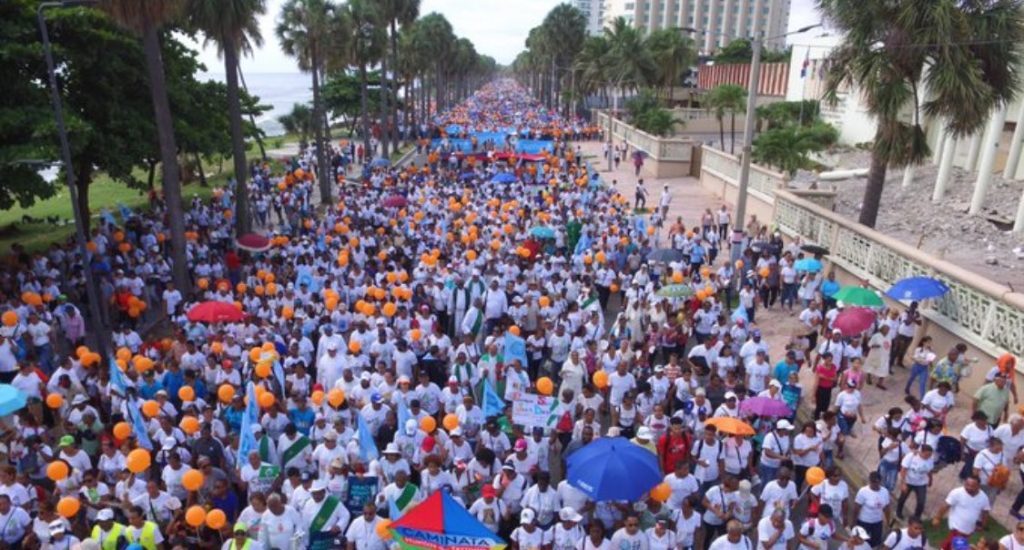 On the Malecon. Photo elnuevodiario.com.do

Santo Domingo.- Thousands of Dominicans on Sunday staged the walk “One Step for My Family” organized by the Archdiocese of Santo Domingo to reject the decriminalization of abortion in three causes.

Members of various social organizations and citizens joined the faithful from more than 300 Greater Santo Domingo and Santiago parishes in the march.

During the tour, which concluded at Santo Domingo’s Malecón, the participants voiced chants against imposing the LGBT agenda in the country.

They noted that the Dominican Republic, together with Haiti, Honduras, Nicaragua and El Salvador, is one of the few countries that maintains an absolute ban on abortion.