Police to ID ‘paramilitary’ group on threat to kill journalist 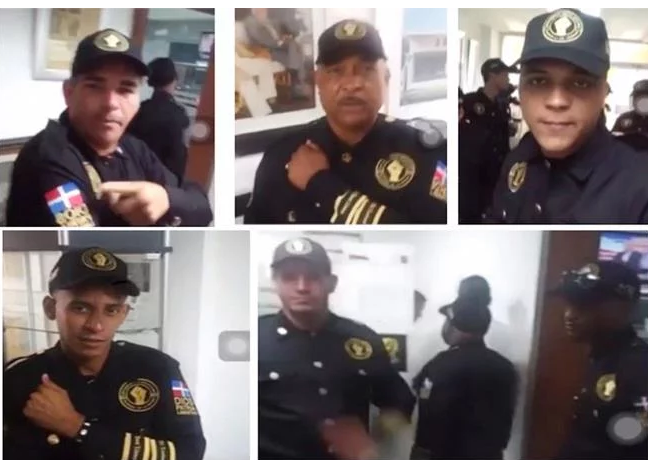 Santo Domingo.- After the release of a video that went viral in which a group of uniformed men says it was formed to defend national sovereignty, National Police spokesman, Frank Durán, said Mon. that its members will be identified.

The announcement comes one day after outspoken journalist Mario Zapete denounced death threats he attributes to the group, which vowed to “confront” the Green March movement and “pro-Haitian” sectors.

“The laws and the Dominican Constitution make it very clear which are the organisms that are established to defend the sovereignty of the country, so we are waiting to identify these people to see if any type of sanction is applied,” the official said.

On his TV program on Teleradio America, Zapete said that National Police director Ney A. Bautista and National Investigations Dept. (DNI) director Sigfrido Pared had advised him that “the measures were taken to protect his physical integrity.”