Plastics factory at fault in blast that killed 8: Fire Dept. 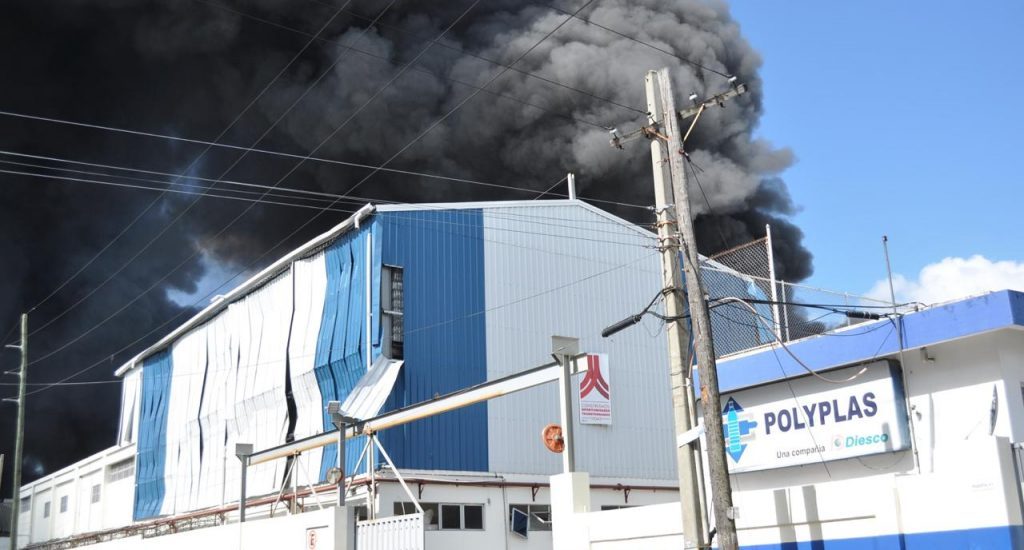 Santo Domingo.- Failures in the security system led to the blast that killed eight people, injured dozens and leveled buildings at the plastics factory PolyPlas in the sector of Villas Agrícolas, the National District Fire Department said in its report issued Monday.

The firefighters stressed that the leakage of natural gas under pressure was the main cause of the explosion and, which occurred during the discharge to the main tank of the company, the report said.

Moreover, the report specifies could not verify whether the emergency alarms were working, that there were leak detection devices and that the facilities had an automatic fire suppression system.

“The tank released a large amount of gas, for that reason it was a major leak. It is presumed by the statements of the operator, that he (the operator) when noticing the escape tried to stop it but it was too late. During the interview with truck operator Jimmy Gutiérrez, he verbalized that he was in the truck at the time of the escape. He said that the gas leak disoriented him and the burns caused by the gas restricted his movements and took time, in which he activated the emergency shut-off valve,” says the report of the firemen.

They add that the truck operator said in the interview with the firefighters that he asked Polyplas staff to turn off everything and that someone security told him they could not turn it off because that would shut down the system. “The driver indicated that he was hearing the machinery on at all times. The ignition point is indeterminable at this time.”