Circuits 24 hours A hope of light in the communities 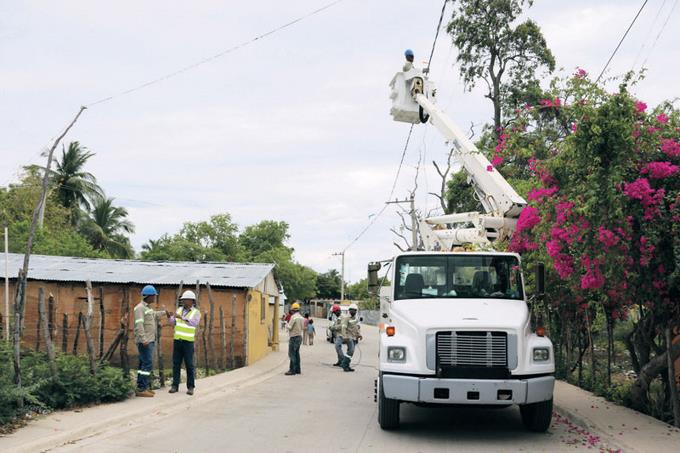 Achievement: Approximately 1,598,000 electric power users have "24 hours" circuits in the three concession areas of the distributors Edesur, Edeeste, and Edenorte. 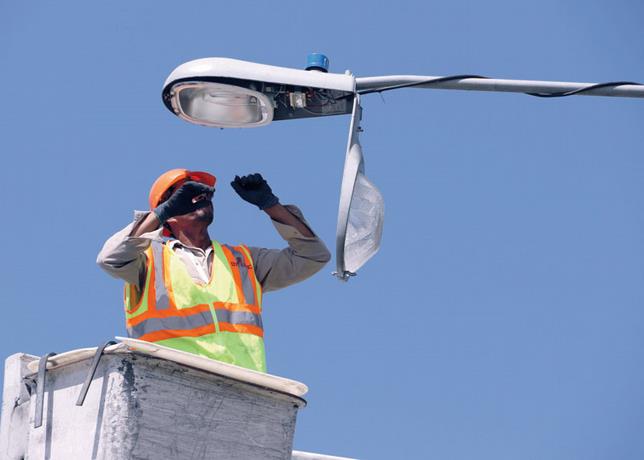 “Since they put the neighborhood on 24-hour circuits, things have changed here, I do not have to turn on the generator to service a client, nor do I have to go without sleep because the light did not come all night. Now I pay for the light with pleasure because I receive the service,” says Mercedes Castillo, owner of a room in the Libertador neighborhood in Herrera. She is referring to the benefits that her sector is receiving from the “Programa of Circuits 24 hours.”

“I am happy because I imagined that the light left from eight in the morning and returned at four or five in the afternoon, and I had to pour 1000 pesos of gasoline into the generator to be able to work, and what I won was very little. Even security has improved in the neighborhood because now we have lamps in the streets and the robbers think twice about doing any misdeeds,” says the stylist to offer her opinion.

Currently, the investment funds allocated to the three distribution companies for the implementation of this program amount to US $ 358 million plus a donation of US $ 10 million according to data offered by the administrator of Edesur, Radhamés del Carmen, the complete integration of his concession area alone in this supply model requires US $ 398 million, of which US $ 120.7 million is in place.

He explained that funds from the company cover half of the needed resources and any remainders are channeled through international organizations.

To implement this 24-hour circuit program, the distribution companies must not only have sufficient resources but also need energy at affordable prices. Further, they must have the collaboration of the communities to preserve and make this investment more efficient to ensure revenue collection renders the system sustainable. The three distributors report that the collection levels have increased after having implemented this service model, and the losses have been reduced significantly, which does not mean that the theft of energy does not continue to be a headache for the Edes. Among the obstacles to expand the scope of the 24-hour circuit program, first of all, are the sequence of the economic resources to rehabilitate the electric networks and the education of the community to preserve circuits and reduce theft.

In the Edesur concession area, 532,000 customers are on the 24 hours grid, while in the Edeeste concession area, the system reaches 320,223 users. In the Edenorte area, 746,000 clients benefited from the 24-hour service.

The administrator of Edesur says that the circuits of group A are very vulnerable to any deficit of energy since it is a service that must be uninterrupted. Moreover, many times when there is a power deficit, there must be a balance with the circuits that receive the most frequent occurrence of blackouts.

He also pointed out that lack of cold and hot reserve of the National Electric System can also affect the supply. “Power systems must have a 30% reserve.”

Pending challenge
Ensuring that the country receives energy 24 hours requires the development of an effective plan of expansion at the level of distribution, generation, rehabilitation of transmission networks and the improvement of marketing in the distributors, as stated by the administrator of Edesur, electrical engineer Radhamés del Carmen. He also affirms that the cost of affordable energy must be guaranteed.

Electric compact
For the administrator of Edesur, Radhamés del Carmen, the power pact would have been of vital importance for the sustainability of the national electricity system. However, he indicated that from the Government the electric companies are moving to improve the system.

“The desirable thing would have been to sign the electric pact to give sustainability to the investments made in the electrical grid infrastructure, and especially to define an electricity tariff that corresponds to the cost of energy,” he said.

He added that it would also have been essential to avoid any delays in the expansion plans, to ensure that the street lighting is stable and efficient.