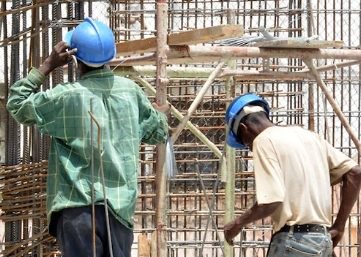 Immigrants. The Haitian diaspora in the country called on the government to implement public policies that reduce migration since they insist that the primary cause of this scourge is the lack of jobs and opportunities.

“We urge the Dominican Government to secure its border. Because thousands of Haitians travel to the Dominican Republic, brought by others who sell them the dream that there is gold here. And these hopefuls with their bleak prospects, prefer to seek their fortune in the DR, many times they come with nothing” said Melthelus Estimé, president of the Foundation for Dominican-Haitian Welfare (FUBEDHA).

He said that the main problem in Haiti is that they have been asleep for many years and have not managed their funds seriously, without creating infrastructure for the generation of jobs, agricultural production or a fair distribution of wealth.

“Our compatriots who cross the border, mostly come to work to support their children, for which we thank the Dominican people who have given us that opportunity and solidarity,” said Jocelo Celestin, coordinator of the International Haitian League (Lihaiti).

These considerations were made known during a press conference offered yesterday by several Haitian organizations.