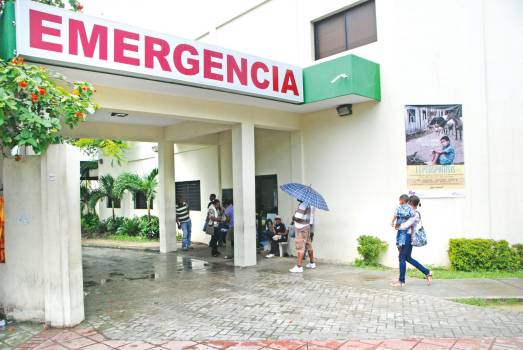 The recent diagnosis of human rabies in a five-year-old child admitted to the Robert Reid Cabral children’s hospital, transmitted by the bite of a dog from Pedernales, where two others have died from the disease, reveals that animal rabies is not controlled in the country.

This is the fourth case of the disease that has been detected in the country this year. The first was a 54-year-old woman from Santiago, who died at the beginning of the year, after being bitten by a ferret.

The child is in an induced coma, while the family is given psychological support so that they can better face the crisis.

More than 4,000 aggressions of animals are registered in the Dominican Republic per year – 80% correspond to dogs, 10% cats and another 10% of bites or scratches are caused by mongooses or ferrets, as well as bats.

The director of the Service of Attention to People Attacked by Animals, Alejandro Guzmán, said that the average monthly number of people seeking assistance ranges between 600 and 700 per month and that most come from Greater Santo Domingo and nearby towns.

The service was installed after the closure and decentralization of the National Anti-Rabies Center that operated on Duarte Avenue.

The former director of the SNS, Nelson Rodríguez Monegro, once reported that in the country there are about 20 thousand animal aggressions per year, which explains the high incidence of the animal rabies virus.

The weakness in the surveillance of rabies disease begins in their facilities, as the location assigned to the anti-rabies center lacks space, has only two offices, they also lack personnel, vehicles, technical equipment, such as computers and printers, necessary for the work it does.

The Minister of Public Health, Rafael Sánchez Cárdenas, reported that they reinforced the health centers and the Provincial Health Directorate (DPS), in the province of Pedernales, to contain the outbreak of both canine and human rabies.

Meanwhile, the president of the Infectious Disease Society, Carmen Sarah Mota, asks how many more cases of rabies need to appear in Pedernales before the Ministry of Public Health and the Government take the necessary measures and intervene in the area?

Mota explains further that without an adequate control measure, attempting to detect suspicious cases cannot effectively prevent a disease that has a prognosis that is practically 100% fatal.

“Although there is the Milwaukee protocol, which using sedation and other medications, a patient has not yet been able to survive the first case of rabies caused by dogs, and the cases in Pedernales were precisely canine rabies. Canine rabies is a condition that is easier to prevent than to treat because the treatment does not guarantee survival and canine rabies is still considered the most deadly,” says the infectious disease specialist.

In 2008 in the country the work began for a country free of canine and human rabies, with campaigns of vaccination to dogs and cats and urging people who have pets to comply with the provisions of Article 77 of the General Law of Health that makes the treatment of their animals compulsory against rabies.

Know what you should do when you are attacked by a dog, ferret or bat, seek immediate assistance from a health center whenever bitten by an animal.
Wash the wound or scratch with plenty of soap and water.
Vaccinate against human rabies.
Monitor the aggressor animal and keep it isolated from other animals, at least during the first 10 days of signs of aggression.
Immediately inform the health authorities about any change in behavior or the state of health, death or disappearance of the animal.
Ensure that patients assaulted by animals and subjected to anti-rabies treatment complete their course of meds.