Heavy vehicles bad streak did not stop in 2018 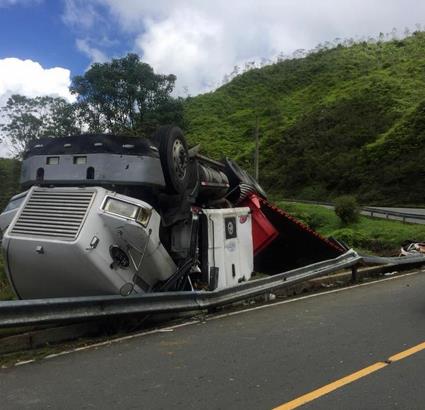 Incompetent drivers of large trucks caused serious accidents during 2018, in addition to severe disruptions in the traffic of vehicles and pedestrians, in urban areas, highways, and roads. 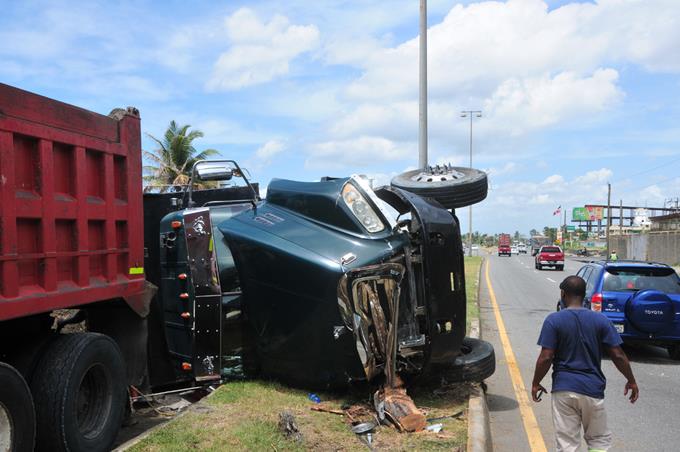 During the 364 days that have elapsed since 2018, which is now ending, vehicular traffic was affected by a total of 3,248 disruptions that occurred in different parts of the country, where heavy vehicles were involved in these events.

From January to Sunday, 2,847 of these events were due to breakdowns of lintels and trucks that occurred in different streets, avenues, and roads of Santo Domingo and highways that lead inland.

These accidents caused chaos and congestion in the vehicular flow that went from 20 minutes to almost two hours.

Such was the case of the accident recorded on the east highway, at the height of Los Delfines Park, caused by a gas tanker truck last Saturday.

This incident, which left an injured person, stopped the traffic for about an hour and 20 minutes, as reported by the social network informant, José Urtecho, and other drivers who passed through the area.

According to newspaper reports and reports of Expreso Traffic, these heavy vehicles were involved in at least 401 traffic accidents, some of which, caused fatalities, injuries, losses and material damage to public and private property.

Among the latest accidents recorded was December 28 on the 30 de Mayo highway, at Las Gaviotas street, where one person was injured.

Another accident involving a heavy vehicle occurred on the 14th of this month at kilometer 11 of Las Américas, near Los Frailes.

In this mishap, one person lost his life, and two were injured.

On November 13, a truck hit a power line post and this, in turn, involved three more poles. One of them fell on a small fuel truck that was passing through the area.

Fines to drivers of heavy vehicles

During the period of October 29 to November 4 of this year, a total of 1,684 infractions were placed on drivers of lorries and trucks.

647 fines were posted to drivers for driving without lights; 334 for failure to obey traffic signals; 255 for charging to transport passengers, and 187 for driving recklessly.

According to the data collected, 101 infractions were recorded in the left lane; 78 for driving with bald tires; 43 for driving without license or permits, and 39 for excess load.

Deaths due to traffic accidents

During October and the first four days of November, at least 39 people died in traffic accidents caused by cargo vehicles. According to data extracted, the highest number of accident victims were motorcycle drivers; the second, pedestrians who were hit, and the third were truck drivers.

On the other hand, in January alone, there were a total of 97 deaths due to these causes.

According to statistics from the Observatory of Public Safety, during the period of January to September of 2018, 950 accidental deaths occurred. However, this number reflects the reduction of deaths ‘in situ’ compared to the previous year, which left a total of 1,200 deaths in this period.

From May to November of this year, different publishers of this medium brimmed with concern for the reality reflected in the various roads of the country by the number of drivers and trucks injured, damaged, overturned, uncontrolled, and even burned.

Among the principal writings published during this period are the editorials under the titles: “That all lugs and trucks be reviewed; “The bad streak of heavy vehicles”; “Smooth gums, another danger factor”; “When the laws are not respected”, “submit them to doping”, “the untouchables”, “the pandemic of traffic accidents” and “put on your batteries!”.

The director of INTRANT, Claudia Franchesca de los Santos, announced in early September that it is working with a resolution that will exclusively address this problem, promising to end the causes of chaos on the roads by end of 2019.

Also, overseeing, monitoring, and supervising the maintenance of the vehicles, mainly their tires, axles and brakes, the overload and the working hours of each driver.