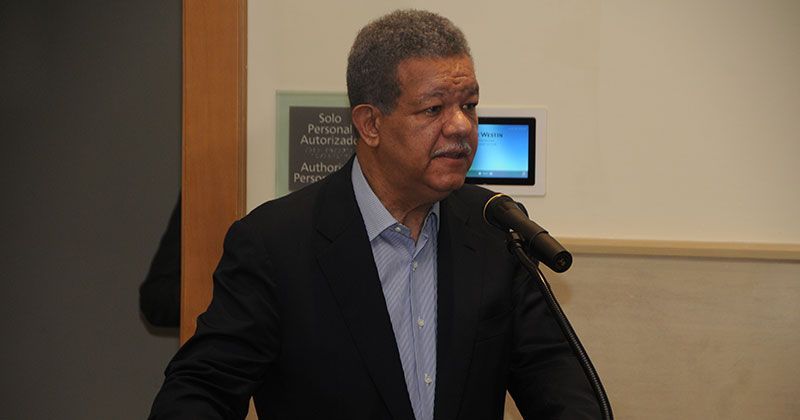 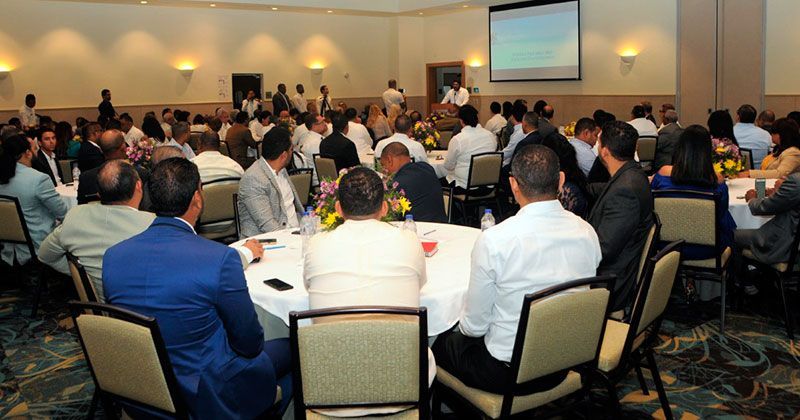 PUNTA CANA, Altagracia province. – The president of the Dominican Liberation Party (PLD), Dr. Leonel Fernández, said that it was time to amend Law 541 to encourage the tourism sector, which has been approved for more than 50 years, so that it is suitable for the radical changes that have taken place in society and the rest of the world.

Speaking to dozens of representatives and suppliers of goods and services Punta Cana, Bávaro and Verón, Fernandez answered questions about the lack of regulation that spokesmen from different areas reported, to which he responded that new legislation mostly responds to these concerns of the Tourism sector.
He said that in an upcoming administration that will lead from 2020, will promote 20 development projects in the tourism sector, which have been contemplated in “RD2044,” a vision that Global Democracy and Development Foundation has projected for the next 20 years.

Among the projects in the pipeline is an aqueduct for the Verón, Bávaro, Punta Cana, treatment plant, construction of the Higüey bypass, and an urban interchange, among others.

The spokesmen of the different organizations that took over The Westin hotel events room were reiterative in the regulation of the sector.

“Half a century has passed since that legislation was approved,” Fernandez said, “so it must be reviewed, and a new one must be considered. I know there is a bill in Congress, that the Association of Hotels and Tourism of the Dominican Republic and the Council of Private Enterprise (CONEP), have other initiatives to reform that law, “Fernandez responded when asked about the different problems that affect tourism in the area.

He stressed that the National Congress is also pursuing a Land Management Law that, together with this new legislation, would complete the legal framework for the Dominican Republic to continue to develop sustainable tourism, friendly to the environment.

“I feel the need to come to the province Altagracia for several days because every time I go to a province I find new problems and needs because I see that when it comes to tourism, I have to come to relearn,” emphasized the former president of the Republic.

After listening to the challenges facing the sectors providing goods and services of the province, Fernandez said the Dominican Republic needs to apply “policies aimed at diversifying tourism so that it continues to thrive, vibrantly and healthily.”

He argued that tourism in the Dominican Republic generates 700 thousand direct and indirect jobs, the main line of the services sector since it represents 8 percent of the Gross Domestic Product (GDP).

The first to speak before the former president of the Republic was Tusides Santana, president of the Association of Businesses of Tourist Transport, who complained that a new Transit Law was enacted and the different sectors were not taken into account. And this impacts negatively, as it is the one he represents, to which INTRANT has not renewed a single operating license.

“Of 35 companies operating in the sector, none has had their permits renewed,” said Santana.

José Alarcon, president of the Operational Tours, said that many of the areas where new providers of goods and services have entered operate without proper regulation, which is turning tourism in the region into chaos.

“That is to the detriment of Dominican tourism because we have strong competition in the Caribbean where there are regulatory frameworks that work,” Alarcon said.

Frederick Gonzalez, president of the Association of Motorized Adventures, complained about the lack of security and the suburbanization of certain areas, which significantly impacts this tourist destination.

Another theme that was outlined was that which affects the beaches of that place where corals, the depth of the sea and erosion are problems that are not addressed.

“More and more informal vendors are entering the beach to solicit the tourists who come to rest, trying to land sales,” said Albania González, while warning that what happened to Puerto Plata as a tourism destination in the past collapsed, among other reasons, due to the lack of control.

Alberto Abréu, an entrepreneur from Bávaro, and Verenisse Rodríguez agreed on the shanty town of the beach, the lack of a large public hospital, an aqueduct and a treatment plant.

The Chapter House of the Mayor of Higüey declared Dr. Leonel Fernández a “distinguished visitor” for “his contributions to democracy, institutionality and integral development of the country.”