Shortage of drinking water affects towns in the South 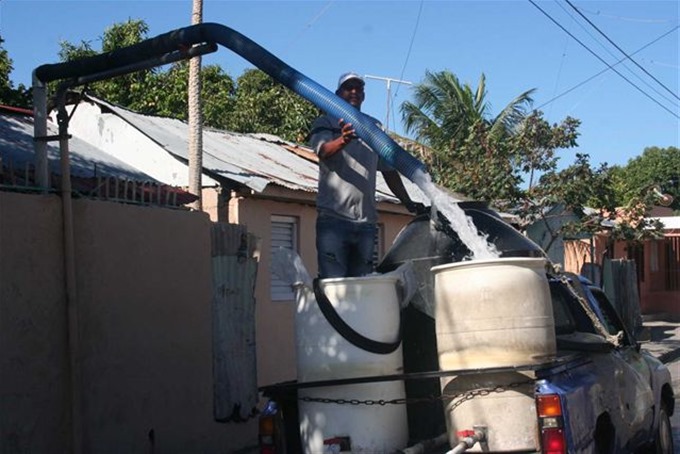 Different trucks sell water in bulk in the neighborhoods of Baní before the crisis of the service. 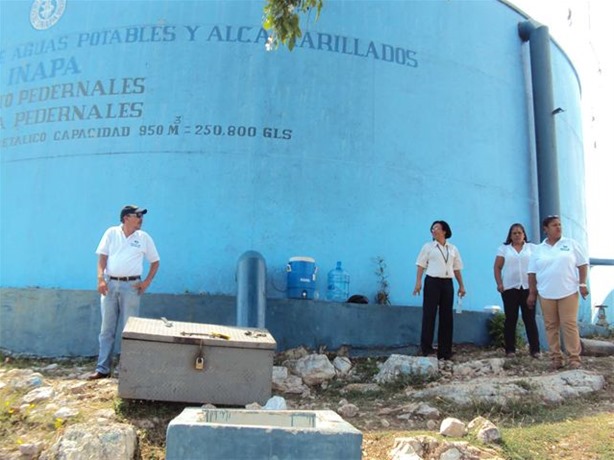 The provinces of the South of the country are being affected by severe problems in the supply of drinking water, to the point that in most cases the heads of households require daily money to stock the vital resource.

With some exceptions, the populations of Peravía, Azua, Ocoa and those located in the Southwest, such as Bahoruco, Neiba, Independencia and Elías Piña, among others, are among the most affected by the acute shortage of drinking water, exaggerated by a prolonged drought.

The same happens in San José de Ocoa, where the deficit in water service is felt primarily in most neighborhoods in the upper part of the city.

According to reports, the aqueducts of this region have limitations in their water storage capacity, as well as in the sources of supply and the distribution networks, many of which are obsolete and in other cases do not reach all sectors due to the demographic growth of these communities.

This situation forces neighbors to look for alternate sources to supply themselves, which in most cases are not the most adequate and compromise the health of their residents, according to Alexis Agramonte, of the Department of Environmental Health of the Ministry of Public Health. Adding to these difficulties is the prolonged drought that plagues this region, which becomes increasingly acute with time. Another problem facing the aqueducts is that the vast majority, especially those located in the rural area, pump their water with electric power and not by gravity, aggravating the lack of supply, due to electrical interruptions that paralyze the amount at times for several days.

Sectors located in different areas of Bahoruco suffer a prolonged water crisis for human consumption, despite having opened the first stage of the Multiple Regional Aqueduct of the Southwest (ASURO), whose solution is “the execution of the second part of the project,” acknowledged Miguel Carvajal, provincial manager of the National Institute of Drinking Water and Sewerage (INAPA).

That work began in the government of Hipólito Mejía, and it was expected that it would benefit 60% of the population of Neiba lacking the precious liquid for decades and still waiting for a solution to the problem. Here the service is zero from the Buenos Aires neighborhood to the rest of the community, which mostly has no water or distribution networks, so “we have to buy it for 50 pesos for a 55-gallon tank,” said Mayra Medina, resident in Neiba.

While the inhabitants of Baní, in the Peravia province, live in continual moments of anguish due to the shortage of drinking water, caused by an old aqueduct over 50 years old and insufficient to supply its population.

A group of private traders meets the deficiencies of this system with a fleet of more than 50 vehicles that are supplied by nine private wells, drilled in places near the Baní River.

From the early hours of the morning, these vehicles roam neighborhoods of the city selling bulk water in tanks, water tanks, buckets, and however many containers are needed, in to relieve the deficit at prices ranging from RD $ 10 per bucket, RD $ 50 per a tank of 55 gallons and up to RD $ 800 for the filling of a cistern.

Among the most affected sectors in Baní are El Fundo, El Maní, La Saona, Barracones, Tiburones, Santa Cruz, Pueblo Nuevo, and others, while those located to the south and southwest are May 30, Santa Elena, Santa Rosa, and María Carlita, as well as some areas of the city center. In rural areas, the most severe problems are in Nizao, Villa Foundation, and Matanzas.

The Azuans, also subjected to a prolonged shortage of drinking water, complain that in most of the sectors of the municipality, they sometimes remain for up to two months without receiving potable water service.

The purchase of water from individuals for the supply of homes is frequent in neighborhoods such as Cambodia, Canca la Rana, La Bombita, La Colonia Española, Simón Estridels and El Flamboyán, among others.

The infrastructures in service are in good condition and the well equipment installed in the Ocoa River for the supply of the aqueduct is in operation in the municipality of San José de Ocoa, the truth is that in sectors such as La Vigía, San Rafael, San Francisco, and Las Mercedes. But complaints are frequent because of the lack of liquid. Here the construction of the treatment plant has been paralyzed since the last government of Joaquín Balaguer.

CONCERN OVER WATER QUALITY AND SAFETY

“Quality and sanitation are essential in these state systems, and the Public Health and INAPA authorities maintain surveillance and monitoring to reduce the possibilities of contamination by sewage, to avoid the spread and prevent the rise of diseases such as cholera.

Environmental Health technician, Alexis Agramonte, explained that they work in the southern provinces, mainly on the border with neighboring Haiti, installing chlorine generating plants to distribute high volumes of this product in the populations “most at risk of contracting the disease.”

Agramonte cited within this program, in what concerns the South, towns such as Pedernales, Jimaní, Neiba, Elías Piña, San Juan, Barahona and others, where they distribute chlorine to the operators of the aqueducts, as well as in jails and hospitals.

While in San Juan de la Maguana, San Cristóbal and Pedernales through the recent inaugurations of aqueducts, by the government, as well as the repair of their plants and distribution networks by others, they have been able to reduce to a large extent the deficiencies in the supply of water.