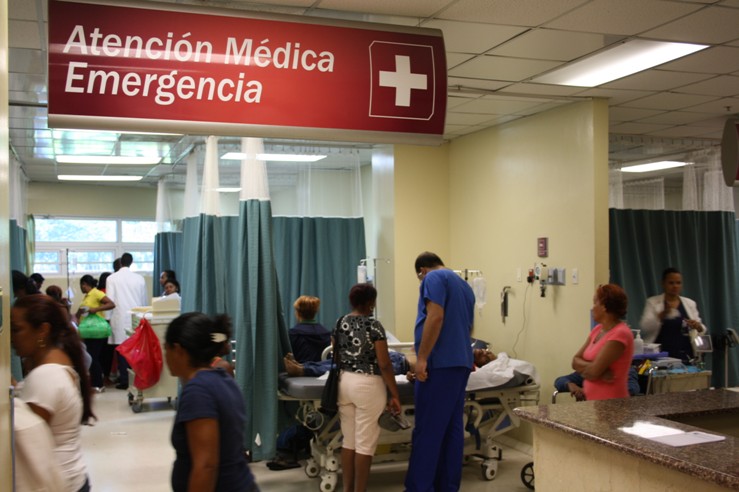 SANTO DOMINGO.- The National Health Service reported that 85 children, between 2 and 17 years old, were poisoned by alcohol intake last month, of which two were two years old, and eight were under ten.

Every year the authorities send the report with the names of the parents to the Procurator’s Office.

This problem has alerted the doctors of the country, who understand that this seriously endangers the welfare of children.

Pediatrician Emma Almonte, of the Robert Reid Cabral hospital, revealed that alcoholic intoxication for an infant or child could result in death since it can cause hypoglycemia (low blood sugar), vomiting that causes dehydration, respiratory and cardiac arrest.

The specialist explained that depending on the levels of alcohol in the blood, the speed of the intake and the age of the infant, the risk is much higher.

The doctor cited that the damage caused in these cases is uncontrolled vomiting, which if inhaled, enters the lungs, possibly damaging them, and lead to serious complications, liver, and gastritis in addition to strong seizures and low temperature in the body (hypothermia), which causes paleness and bluish coloring of the skin.

Almonte called on fathers never to leave a bottle or glasses containing alcohol near the reach of children. Also to be careful with sweet drinks, since they are softer on the palate and therefore easier to drink to excess which also damages the stomach.

Mariana Urbáez, a pediatric gastroenterologist at Luis Aybar Hospital, said she had treated adolescents with bleeding ulcers caused by ingesting rum. He detailed a case of the La Zurza sector, where a mother shared social libations with friends in the presence of her 12-year-old son, and while she was dancing, the child drank her drink and became intoxicated.
There are accounts where parents put a beer-soaked finger in the mouth of the child, with the false belief that “this is how one becomes a man.”

Urbáez warned that parents should take greater care of their children to prevent them from participating in scenarios where “drinking and smoking hookah” is promoted since it can induce them to dependencies and vices.

“The children are like a sponge, they practice what they see their parents do,” said the specialist.

What is there to do

Dr. Enma Almonte recommended that if one suspects alcohol intoxication, parents should have the child swallow sugary liquids to neutralize its effects.

Do not give food or juice, keep it warm, ensure that the child breathes well and that his or her heart is beating. Also, keep it in a lateral position to prevent it from choking on any vomit.

Law 136-03, on the Protection of Children and Adolescents, in its Article 69, relates to the parents on the integrity and well-being of their children, as well as the damages caused to them while they exercise their parental authority.
Articles 22 and 33 prohibit the use and sale of alcohol to minors.

It establishes that the State, together with society, must guarantee policies and programs of prevention against the illicit use of alcoholic, narcotic and psychotropic substances. They must treat children with these problems.

Yesterday the Attorney General of the Republic, Jean Rodriguez, instructed all members of the Public Ministry of Children and Adolescents to transfer to each of the health centers indicated in the report submitted by the National Health Service , corresponding to the holiday period of December 21 to 26 of the recently completed 2018, to make a more specific information survey.

These actions have been initiated to corroborate data that allow more detailed and in-depth investigations of the circumstances that surround each case and establish responsibilities.