Top judge: If you want effective justice, pay for it 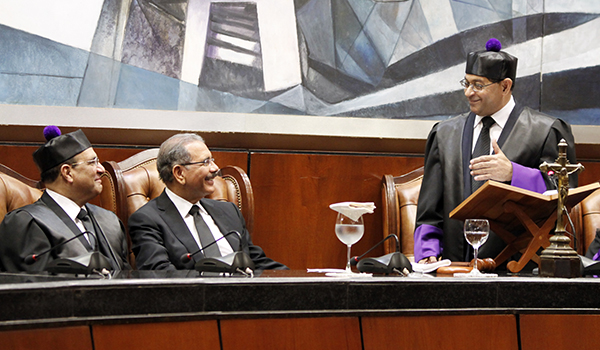 In his speech to mark Judicial Branch Day, Germán said its annual Budget allocation is just 1.3%, instead of the 2.66% stipulated by Law. “We’ve done a lot with this little bit.”

“If you want efficient and effective justice, invest in it. We are heard, but we are not listened to,” German said in the Supreme Court ceremony with president Danilo Medina present.

He added that to offer administrative services, cover the salaries of about 9,000 servers, build and rebuild buildings the Judiciary from 2012 to 2018, “we received $36.7 billion, representing only 51% of the total requested in that period.”