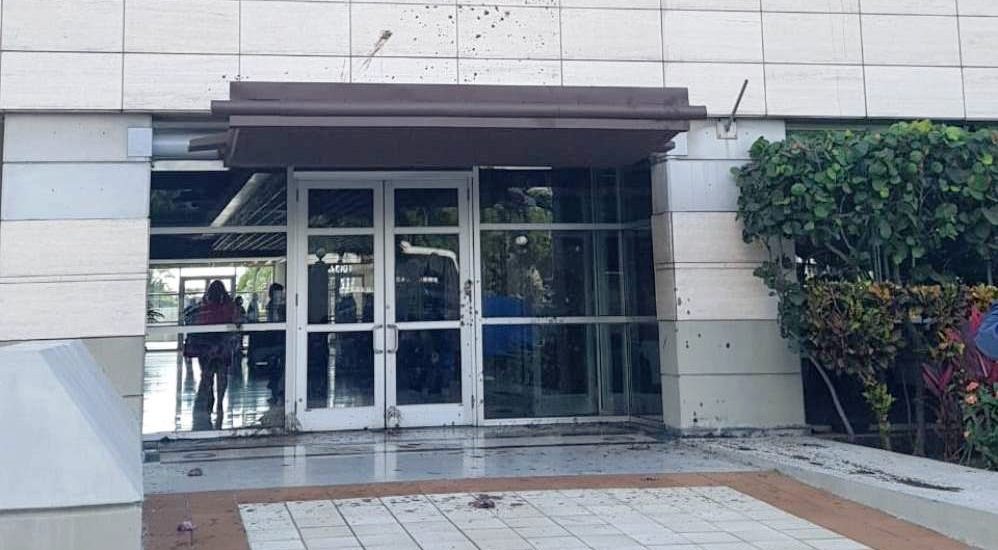 The excrement all over the entrance. Photo elnuevodiario.com.do.

Santo Domingo.- “We hurl feces at the Supreme Court because we have a justice of shit, and it deserves shit,” said members of the activist group Frente Amplio de Lucha Popular (FALPO), after throwing black bags full of excrement on the south side of the Supreme Court building on Monday.

Seven Falpo members were arrested during a protest demanding that justice be done in the country’s numerous corruption cases.

“We understand that this is a shitty justice, it does not represent us, it does not respond to the interests of the people,” said Gabriel Sánchez, spokesman for the organization.