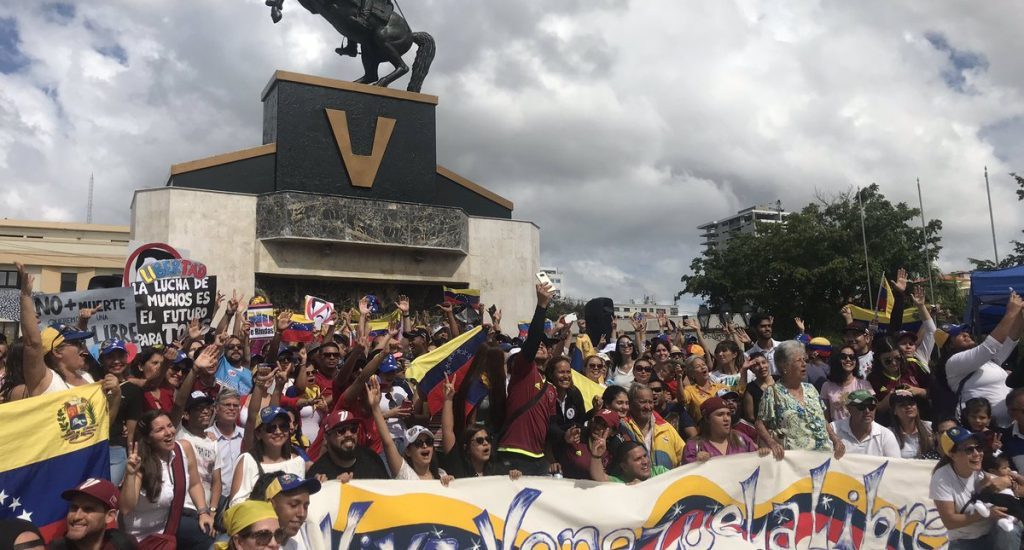 Santo Domingo.- Hundreds of people called to gather in Santo Domingo by the Venezuelan community in the Dominican Republic on Wednesday protested against the government of Nicolás Maduro, as part of demonstrations in more than 200 cities around the world.

The demonstrators gathered in Santo Domingo’s Plaza Bolívar, “in support of the immense civic spirit that is practiced in the Venezuelan streets today Wednesday,” as part of the opposition’s cal to rejection Maduro’s new term.

In a statement, the organizers demanded “the cessation of the usurpation of the presidency of Nicolás Maduro, whom a significant number of countries do not recognize as president after some questioned elections,” and favored a transitional government that prepares free and transparent elections.”