Medina says the many problems in his head make him forget 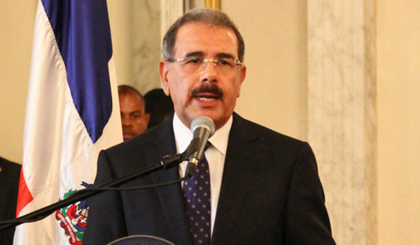 Santo Domingo.- In an apparent fit of spontaneous sincerity, president Danilo Medina on Thurs. revealed that after making visits and promising works in the interior, upon arriving in Santo Domingo they’re forgotten, which is why sometimes they take time to materialize.

Case in point: the aqueduct in Monción, Santiago Rodríguez province (northwest), whose inhabitants have repeatedly requested its construction, though despite the president’s promise he “forgets.”

“Every time I come to the area, Joselito tells me about the aqueduct, but when I return to Santo Domingo, the truth be told, I forget,” Medina told a stunned audience.

“Because I have so many problems in my head, that if I don’t have someone to remind me, I forget,” he said, and again promised Monción’s aqueduct.