Bayaguana has been without water for 11 days, due to malfunctioning pumping system 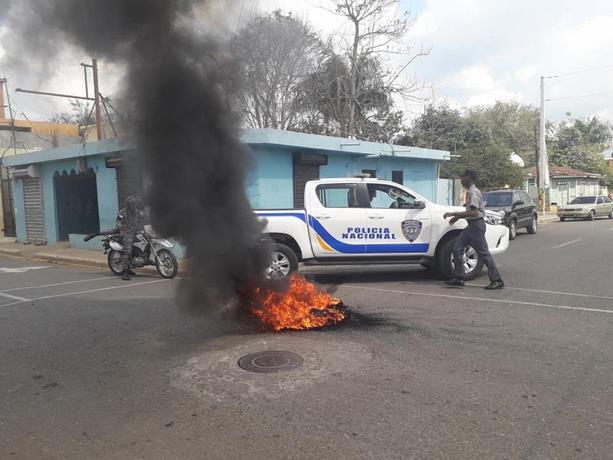 Tensions remain high in Bayaguana over lack of water

Bayaguana is a town that is bordered by a large number of major rivers, which supply the area of Orient Santo Domingo, but due to severe problems of breakdowns in the last two weeks, the community could not receive water.

Residents in this community presented themselves yesterday to the office of the Institute of Drinking Water and Sewers, throwing objects on the public highway and setting fire to tires, a situation that forced the police authorities to intervene.

José Taveras, in charge of collections of the Bayaguana aqueduct office, told Listín Diario that due to irregular management of the water pumping system for the community, the great shortage experienced by the citizenship has been occurring.

In Bayaguana the engineer Armando Arias was appointed as the new administrator of the aqueduct, and it seems that the new techniques implemented have been creating severe deficiencies in the supply of the precious life-giving resource.

“The situation of the Bayaguana aqueduct is completely desperate, we have been without water for more than 11 days, and the authorities do not offer a solution to the shortage,” said engineer María Manzanillo.

Yesterday morning the municipal trustee Héctor Delgado Valdez continued the search for a solution to the problem.

“We are making valuable efforts together with the authorities of Inapa to find a solution to the water shortage since the population cannot stand more time without service,” said Delgado Valdez.

The Bayaguana aqueduct is gravity-based, which allows for more inflows of water to homes.

José Taveras said that it is working slowly to streamline the service and take it to most sectors, but the process is gradual and could take a few more days, but we are working on ways to resolve the situation that has been developing for many years,” he said.

The aqueduct of Bayaguana was built in l948 when the population was about three thousand inhabitants; today’s population exceeds 40 thousand.