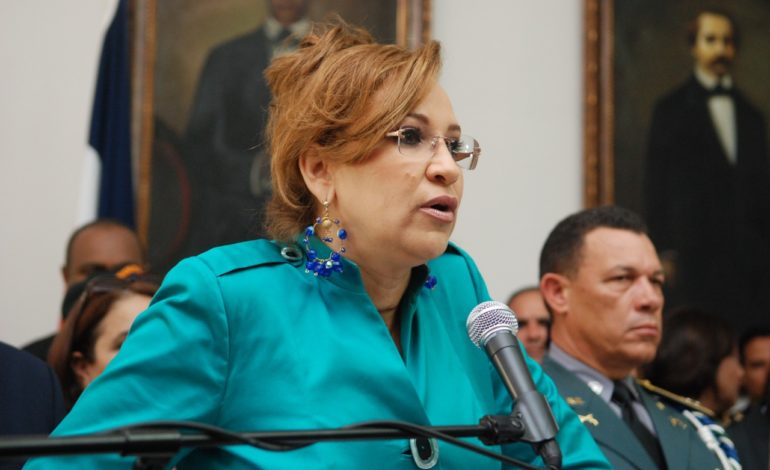 Santo Domingo.- Passports director, Aura Toribio on Thurs. labeled as airy, clownish and irresponsible the allegation by opposition party (PRM) presidential candidate Luis Abinader, who warned that the agency must be subjected to a “rigorous audit” that the travel document is being used by local and foreign criminals and and linked to terrorism.

Toribio said its regretful that Abinader doesn’t know that Passports is periodically subjected to an exhaustive audit by the UN’s International Civil Aviation Organization (ICAO), that regulates everything related to passport security.

The official challenged the political leader to “act responsibly” and identify the consulate where “an indeterminate number of passports have disappeared from a major Dominican consulate.”

Toribio calls on Abinader to reveal where Dominican passports are being sold to groups linked to international terrorism and mafias.