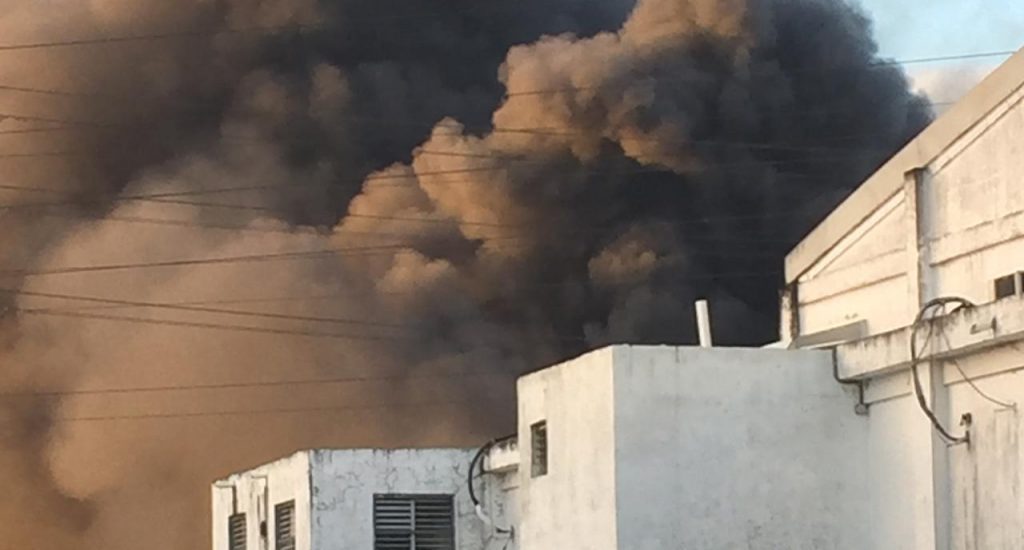 According to preliminary reports, the fire at the Flexopack factory started around 7am, after which the town’s firefighters arrived at the scene.

No injuries or fatalities have been reported thus far.

According to residents another fire also charred the factory in 2017.