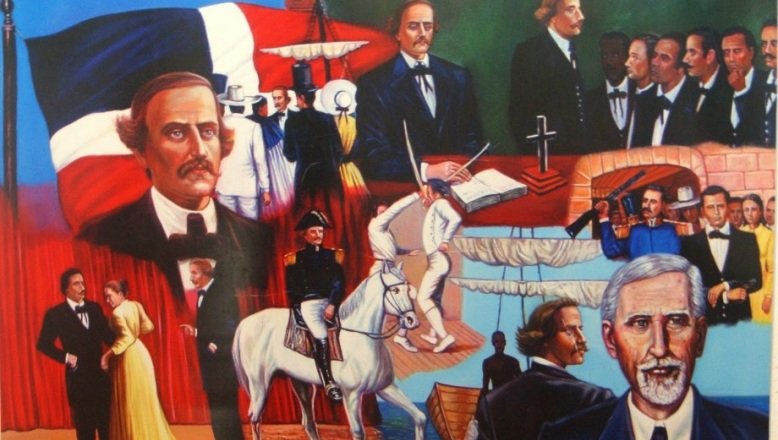 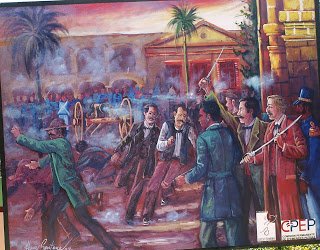 Santo Domingo. – The night  of February 27,  1844 was the result of a process of struggle of the Dominican people that culminates with the ideal of a Dominican Republic totally free and independent of all foreign domination.

This is how the history professor Juan De la Cruz refers to when talking about the important and importance of that emblematic date of the country.

“This fact is also the culmination of a complex process that occurred in the Dominican Republic from the colonial period until the conditions are given for Dominicans to assume the sense of Dominicanness,” says the historian.

In the opinion of De la Cruz one of the transcendental events that preceded the National Independence was the creation of the La Trinitaria Secret Society.

In 1838 and after returning from studying in Europe and convinced by the winds of Liberalism that hit the old continent, Juan Pablo Duarte founded the secret organization La Trinitaria whose goal was the creation of a homeland independent of all foreign domination.

“One of the most significant events was the creation of the Trinitarian Secret Society in 1838, with that fact we could say that a different stage in the struggle for Dominican independence begins, since from that point young people from the most diverse sectors of the country headed by the patricio Juan Pablo Duarte, who is the ideologist of the independentista project of the Dominican Republic “, expressed the university professor.

The La Trinitaria secret society was named because its nine original members had been organized in groups of three. Each group recruited followers, keeping strict secrecy, with little or no direct contact with each other, in order to minimize the possibility of being detected by the Haitian authorities. Although many were recruited, the Trinitaria was discovered, which led to the change of name to “La Filantrópica.”

In 1843, the Trinitarians joined the Haitian Liberal Party that overthrew President Jean Pierre Boyer. However, the Trinitarians who participated in the overthrow attracted the attention of Boyer’s replacement, Charles Riviere-Hérard.

He imprisoned some Trinitarians and forced Duarte to leave the island. In February 1844, as Duarte had not regressed because he was ill, the rebels decided to act under the leadership of Francisco del Rosario Sanchez, Matias Ramon Mella, and Pedro Santana, a rich rancher who commanded a private army of his agricultural laborers.

On  February 27,  1844, the rebels led by Sanchez in the absence of Duarte, took the Ozama Fortress in the capital Santo Domingo. Another group of insurgents led by Matías Ramón Mella arrived at the Puerta de la Misericordia where Mella fired the legendary Trabucazo de la  Independencia  and Sánchez immediately hoisted the new Dominican flag to the cry of ¡Dios, Patria y Libertad !. thus the new republic is born.