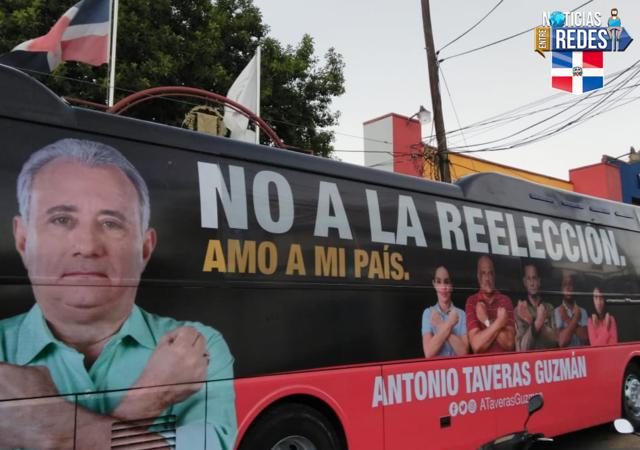 Santo Domingo.- Outspoken businessman Antonio Taveras parked his “anti-reelection” bus downtown Thursday morning to respond to president Danilo Medina’s speech to the nation, who in his view “has been lying to the country for seven years.”

On board the bus that has toured various provinces Taveras said the president did not tell the truth about economic growth and the number of people who’ve surmounted poverty because “the middle class has disappeared.”

Taveras said of the number of jobs that, according to Medina, have been created, the majority is informal and a third of these are Government, while the lowest proportion enters the organized productive sectors.

He denounced that small and medium-sized companies are in a situation of “calamities” and in the countryside there is “little” happening because government officials “involved in business” have been importing basic commodities to the detriment of local production.