After weeks of waffling, the Govt. recognizes Venezuela envoy 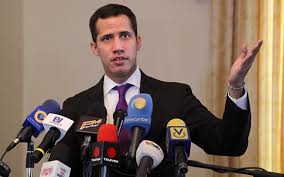 “Juan Guaidó must comply with the protocols required by Dominican diplomacy to accredit his ambassador. He has to present a placid and be accepted by the government, so that it does not happen to us as it happened in Costa Rica, that he appointed an ambassador and this lady understood that she had to occupy the embassy premises, which was being occupied by officials of Maduro, so it was a very uncomfortable situation,” said Rodriguez.

The official’s statement comes after weeks of waffling over the government’s embarrassment over having to deal with rival envoys from Caracas.