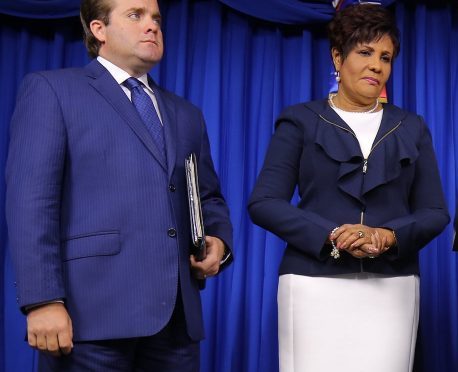 Santo Domingo.- Deputy and National Magistrate Council member Josefa Castillo, on Wed. said her and that of senator José Igancio Paliza abandoning of the National Palace press room, before Justice minister Jean Rodríguez concluded his turn, was due to what he was saying wasn’t what was agreed at the meeting of the Council.

She said it was agreed that Rodriguez would apologize and announce his recusal from any evaluation of Supreme Court justice Miriam Germán, for his questions which implied a lack of ethics.

The first to critique the Justice Minister was Senate president, Reinaldo Pared, who in a tweet admitted outrage with Rodríguez reneging on the agreement that he wouldn’t comment against German.

“What happened to us was unexpected, we withdrew because he wasn’t adhering to what we agreed,” Castillo said on El Sol de la Mañana radio.