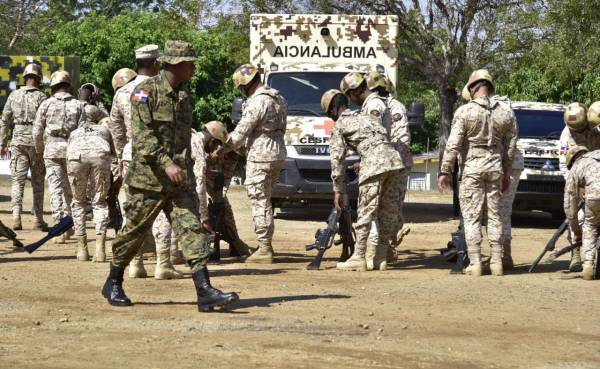 Santo Domingo.- Haitian Government Officials have acknowledged that the land where the perimeter fence is being built to protect the multi-agency offices in El Carrizal, Elías Piña, is Dominican Republic territory.

The Haitian Ministry of the Interior and Territorial Communities (MICT) posted the information Tues. on Facebook.

It notes that several Dominican works, including the construction of a wall and a building next to the border at Belladère, have been for a source of confusion and tension in area in the last few days.

The challenged property right of the sites where the Dominicans build the structures gave rise to heated disputes on March 15, when one Haitian was killed.