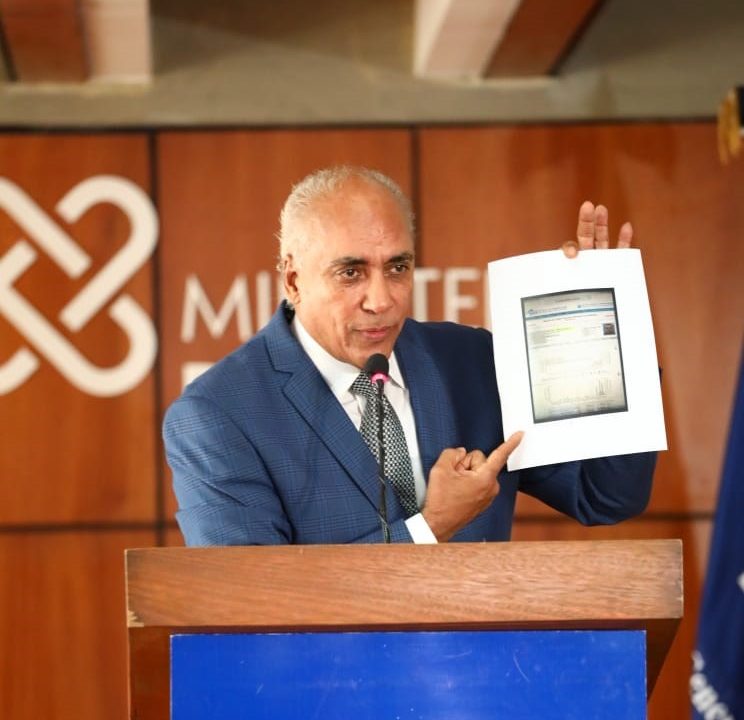 Santo Domingo.- In a devastating statement that debunks the Justice Ministry’s insistence in discrediting a Supreme Court justice, Miriam Germán, the US Embassy on Thurs. denied that Richard Miguel Gloss Ovalles, now deceased, was the target of an investigation by US authorities, although he has a criminal record in that country for “possession of heroin and passport fraud.”

It said Gloss’ visa was revoked for having used multiple identities and that the image in a supposed visa isn’t proof of his immigration status.

Yesterday, the Justice Ministry reiterated that Gloss was being investigated for drug trafficking in the United States and in the country.

The reaction came after Listín Diario reported that Gloss was not the target of any type of investigation to justify tapping German’s phone.

The name Gloss became public when it was learned that intervened Germán’s telephone had been tapped as part of an alleged probe of Gloss, who committed suicide on November 15, 2018.

“The Attorney General’s Office officially confirms that Richard Miguel Gloss and / or Richard Molina Ovalles had committed a series of crimes related to drug trafficking both in the country and in the United States, for which he had been convicted in the United States.” the Justice Ministry said.

Justice Ministry inspector general Bolívar Sánchez, had stated that Ovalles faked his death in 2014 when he was called Gloss Ovalles and later “resurrected” as Molina Ovalles.

In a recent investigation, the Central Electoral Board established that Gloss obtained a death certificate with information from an alleged acting medical examiner who doesn’t figure in its records.