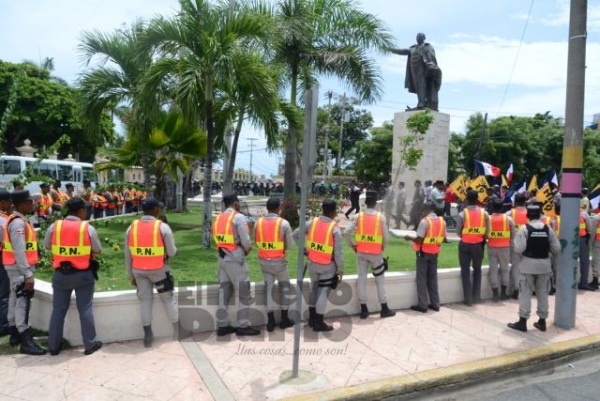 Santo Domingo.- The country’s major labor unions called on workers to march today Wednesday over several demands, especially to prevent the elimination of the severance pay.

The march will set off toward the National Palace at 9am, but will likely face antiriot police.

Labor leaders Rafael Abreu, Jacobo Ramos and Gabriel del Rio, who spoke at a press conference Tuesday, said the protest responds to the government’s effort to eliminate the workers’ severance pay, as president Danilo Medina proposed in a bill sent to Congress on 27 February.