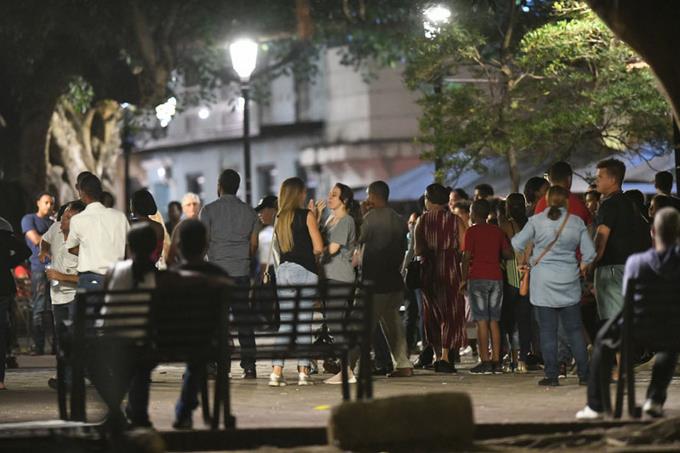 The nocturnal atmosphere in Santo Domingo is an attraction that has touched both Dominicans and visitors alike. PHOTOS GLAUCO MOQUETE / LISTÍN DIARIO 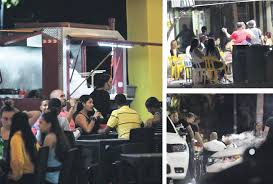 When the sun goes down and gives way to the moon, Diana begins her workday, a 34-year-old woman who serves drinks every night to those who choose to enjoy the many options that Santo Domingo presents late into the night.

Diana sleeps during the day and works at night. Her workday starts at 8:00 p.m. and may not end until four in the morning. She is a waitress at a nightclub in the Colonial Zone, and although she says she does not like her job, she must make the sacrifice for her two children.

The most challenging thing for Diana has been to leave her children alone at night, while she must endure some reckless customer attitudes. To complicate matters and add to the inconvenience, there is also the issue of transport which requires a taxi to return home, a situation that only increases expenses.

The only thing that eases this reality is the routine of making breakfast for their children, taking them to school and looking after them, while waiting for the sun to go down to go to work.

Pedro’s work schedule is similar, but the difference is that he has his own establishment. Pedro’s “Chimis” is strategically located next to one of the leading clubs located in La Venezuela.

Chimis is strategically located because immediately after a person leaves a club after drinking alcohol, their first option is usually to find something to eat.

He has adjusted his life to his work. Sleeping in the day and working at night has been his daily routine for ten years. Thanks to his sales, he can support his family, but in the last year, he has been assaulted twice.

“Sometimes it’s good to work at night. There is a lot of movement and people always buy. The problem is when they want to simply steal what you have worked for, the money you earned through so much sacrifice, “he said.

What does Santo Domingo offer at night?

Undoubtedly, Santo Domingo offers a great diversity of places for those who enjoy the nightlife, where almost every day there is a new place to enjoy the night, according to the taste of each person.

But the Santo Domingo that awakens in the nights is not all positives for its citizens. Many traditions that took place at night in the main neighborhoods of the capital, such as groups of people playing dominoes, have decreased markedly due to the high number of criminal acts that occur once the sun hides.

Prostitution is also present. On any night one can see alluringly attired women in the main thoroughfares of the capital waiting in the streets for their “clients” to arrive.

The nightlife in Santo Domingo is an attraction for both Dominican and foreign citizens. A tantalizingly wide variety of activities are on offer, and the tremendous gastronomic variety of the country is at its maximum splendor.

Fun centers are always one of the main options. Since the beginning of the week, clubs such as Jet Set have become one of the main alternatives, as every Monday they have guest artists that attract the attention of a large number of people.

Nightclubs usually open their doors at 9:00 p.m., offering citizens a chance to momentarily forget about the daily routine and enjoy the moment.

Another attraction that arises during the nights are the restaurants. Many open their doors at 7:00 p.m., presenting the citizens a way to enjoy the night with a gastronomic twist.