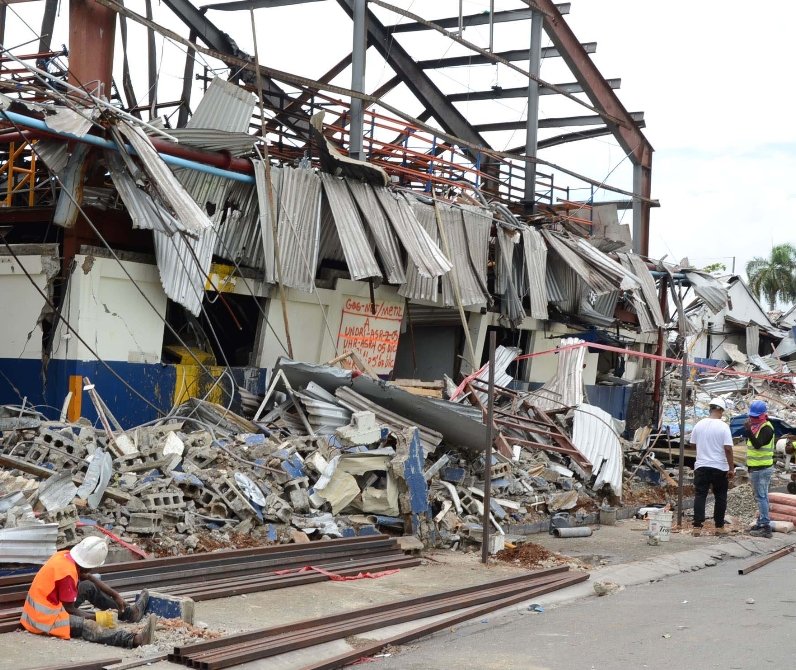 The plastic factory after the explosion.

Altagracia Ureña Almonte, the widow of engineer Rafael Contreras Báez, filed a lawsuit before the Civil Chamber of the National District against the company Polyplás Dominicana, following the death of her husband, wh0 was in the factory, at the time of the explosion, along with other co-workers.

The lawsuit against Polyplás also includes the companies Propagas and Nat Gas and demands the payment of 30 million pesos as just compensation for the moral and material damages suffered by them with the loss that caused the death of her husband.

At the hearing, it was established that on Wednesday, December 5 of last year, close to noon, a truck owned by the company Propagas, or Nat Gas, discharged fuel. There was a natural gas leak that flooded the entire sector surrounding the company Polyplás Dominicana, located on Aníbal de Espinosa street, in the sector of Villa Agrícolas, the truck sparked a fire causing an explosion that killed eight people and injured tens of people in and around the factory.

At the time of the explosion, engineer Contreras Báez was trying to control the fuel leak along with other employees under his supervision.

Due to the injuries, it was necessary to transfer Contreras Báez to the Trauma Ney Arias Lora Hospital, where he was received in an agonizing state critically injured by the explosion of the fuel truck.

The document also states that the doctors at the hospital informed him that Contreras received second and third-degree burns.

– Doctor
The engineer Rafael Contreras Báez, 55, was in the Trauma Ney Arias Lora Hospital for five days in an agonizing state, without progress or improvement until he died from burns by the explosion.