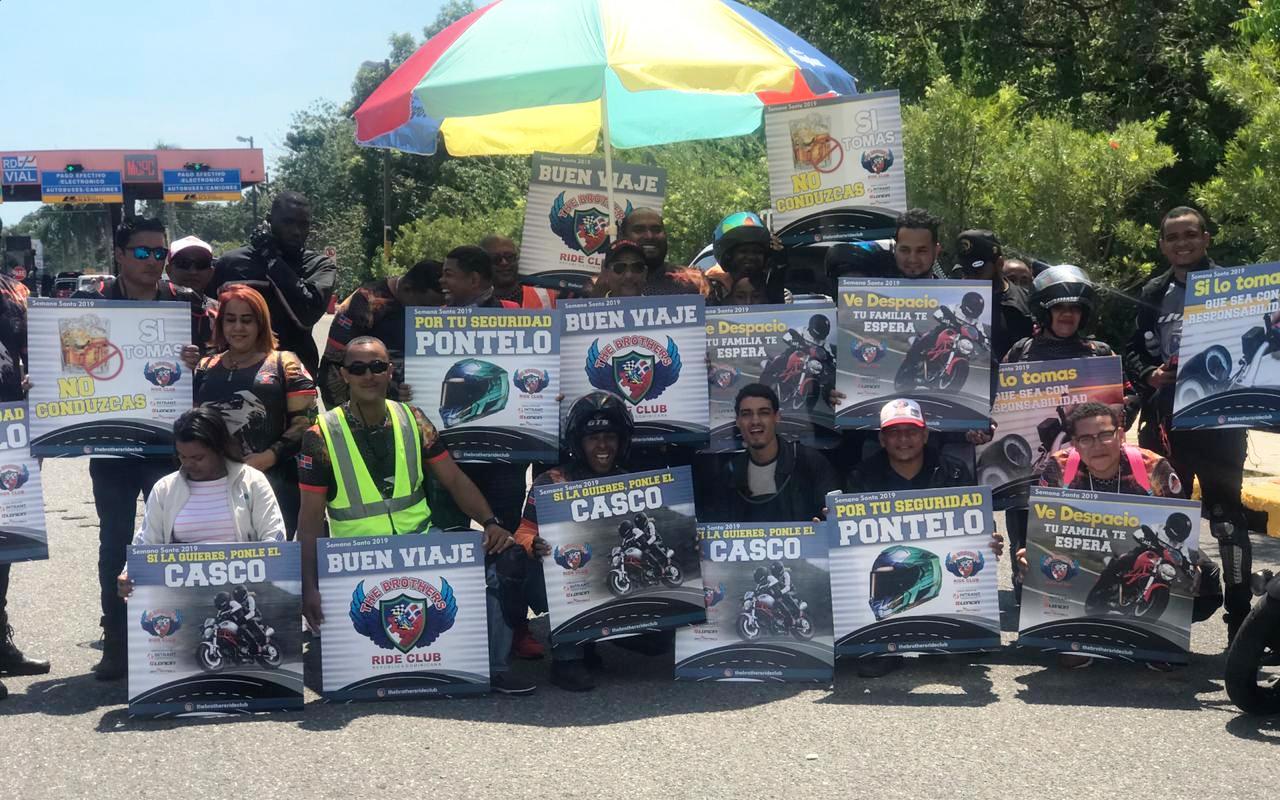 Wear a helmet if you ride a motorcycle!

The motorcycle riders circle The Brothers Ride Club, composed of more than 80 members, began an awareness campaign on the proper use of crash helmets and other protection components that must be used by users of this type of vehicle to travel on the streets, roads, and highways today at the tollbooth of the 6 de Noviembre Motorway.

From 12 noon on Thursday, April 18, Carlos Ravelo, president; Ulises Cepeda, vice president; Edwin Cepeda, secretary; Yostin Contreras Crespi, in charge of security, among other executives and dozens of members of the motorcyclist club sent awareness messages to the people who were preparing to leave Santo Domingo for the long weekend of Holy Week.

The president of The Brothers Ride Club, Carlos Ravelo, explained that this is the first time that this organization is holding this day, concerned about the high incidence of accidents and loss of life due to inappropriate use or the absence of helmets, knee pads, reflective vests, headlights, and tail lights, and security, among other protective accessories.

Ravelo further indicated that in the Dominican Republic there is an increasing number of people who take up the hobby of traveling long distances on motorcycles for recreational purposes and share with friends and family, in an environment of healthy recreation.

He said that this motorcyclist club was created on September 19, 2018, by a group of owners of these vehicles, motivated by the passion of riding motorcycles, doing domestic tourism and promoting family values ​​among members, as he said “we created a mix of family and motorcycle with safety and respect between siblings and traffic laws.”