Archbishop’s statement on threat to democracy was ‘manipulated’ 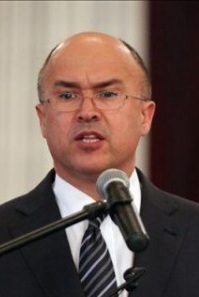 “More worrisome is that these manipulations come from sectors within our own Dominican Liberation Party, in conspiracy with opposition political forces,” said the former Environment Minister.

“It’s neither right nor fair that former president Leonel Fernandez’s strategy team assume a position of that nature, using the party’s institutional instruments eroding the government and the party itself.”

He stressed that President Danilo Medina has been respectful of democratic values, of public liberties and he cannot be singled out with a single phrase that reflects arrogance, authoritarianism or something similar.

“Personally, I am convinced that the institutions of the country will inexorably have to be strengthened, if the citizens, their leaders assume their corresponding role.”

Dominguez added that he doesn’t believe that Medina is promoting a constitutional reform which would allow another bid for the Presidency.