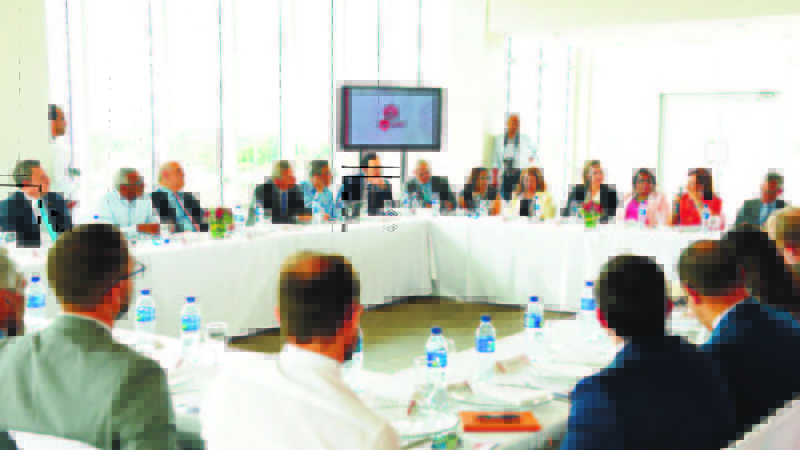 The situation of climate change, the impact of the country’s dependence on fossil fuels, which demand high state resources, are “more than enough reasons” to look at renewable energies as an option for the nation’s energy security, said the director. executive of the National Energy Commission (CNE), Ángel Canó.

Canó spoke to participate in the conversation “The future of renewable energy in the Dominican Republic”, organized by the Center for Government, Enterprise and Society (CEGES) of the Technological Institute of Santo Domingo (INTEC).

On the same stage, the CEGES brought together the authorities of the country’s energy sector, representatives of the embassies of the United States, Germany, the United Kingdom, Canada, Spain, and France, as well as academics from several universities to deepen and discuss the future of the renewable energy in the country.

The activity began with introductory presentations by economists, engineers and environmentalists who addressed the current situation in which the country is in terms of the energy matrix. Then, the representatives of the embassies made known the challenges and experiences of their investors to venture into the field of renewable energy in the country.

At the meeting, the director of Intec, Rolando Guzmán, emphasized that the academic sector is ready to take a more active role together with the Government and business sectors in research and proposals for improvement to streamline the national development agenda and bring the country to a path of greater confidence and facilities for future investors.

He recalled that INTEC has been promoting the use of renewable energies for many years and has a Doctorate in Energy Management for Sustainable Development.

The Superintendent of Electricity, César Prieto, said that the institution he directs is open to this type of dialogue and works to encourage the issue of renewable energy and reduce the permit procedures for the benefit of the country.

The director of CEGES, Alain Astacio, who moderated the session, said that “CEGES has set this stage so that the foundations are felt where Government, company, academia, and society responsibly exchange proposals, issue constructive criticisms, challenge paradigms and produce transformative agreements. ”

In addition, Astacio stressed that CEGES is positioned to serve as a platform in the formation of sectoral and international links that allow advancing the national development agenda. “The developing countries are increasingly interconnected in multiple degrees, which makes the regional landscape more competitive, so we have a sense of urgency in joining forces in an organized manner,” he said.