Judicial chain must be expedited to punish money launderers 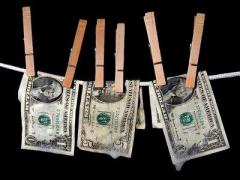 Santo Domingo.- The chairman of the Committee for the Prevention of Money Laundering and Terrorist Financing of the Latin American Banking Federation (Felaban), Juan Carlos Medina, on Thurs. asked to expedite the chain of the judicial system to punish money launderers in the country.

Speaking in the conversation “Rules that regulate the prevention of money laundering” organized by Bancamérica at Intercontinental Hotel, Medina said the judicial chain includes the Prosecutor’s Office, the Special Prosecutor’s Office of Money Laundering, the “judicization” of the case, the arraignment and the trial.

“It’s a challenge to be able to make the chain of the judicial system of money laundering much more efficient,” said the also corporate vice president of Compliance of the BOD Financial Group.

Bancamérica vice president, Giacomo Giannetto opened the discussion, who stressed that money laundering would never disappear, because behind it are experts who take advantage of any loopholes to penetrate the financial system.