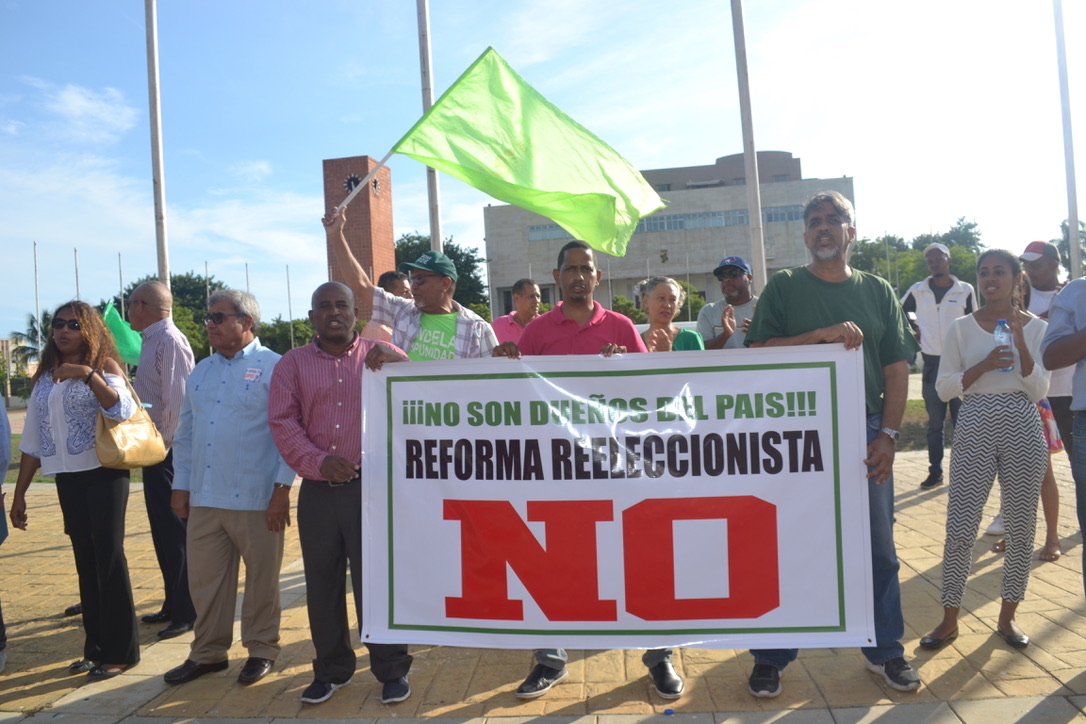 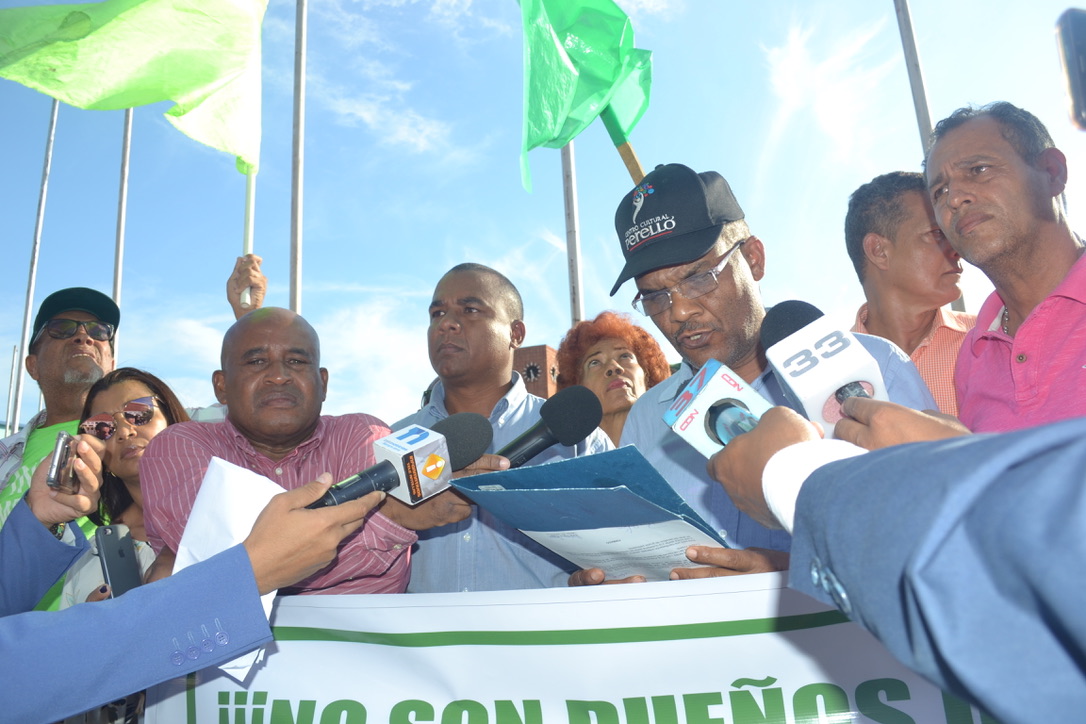 Santo Domingo.- Citizens from various parts of the country on Thurs. picketed in front of Congress to rebuke a Constitutional reform that would allow president Danilo Medina to seek reelection.

Behind a banner with the caption “They do not own the country, no to the reelection reform,” a large group of people spoke with reporters and chanted slogans for more than an hour.

Reading a statement, community leader Héctor Turbí urged the population, social organizations and progressive and opposition parties to “topple the reelection reform” with manifestations on the streets every Thursday, after the workday and after school hours, simultaneously, from each plaza to the country’s farthest alley.”

He reiterated that the pickets will be held every Thursday starting 4:30pm in front of Congress .