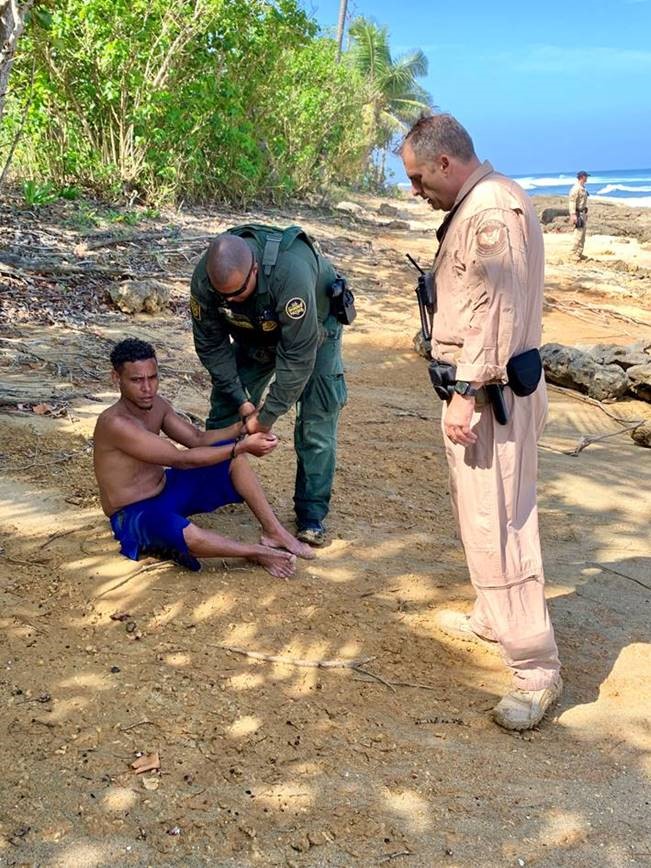 “We patrol the Mona Passage by air and sea, remaining vigilant to deter and interdict any type of smuggling event,” indicated Johnny Morales, Director of Air and Marine Operations in the Caribbean.

On May 13, an AMO Coastal Interceptor Vessel (CIV) detected and intercepted a “yola” type wooden vessel approximately half a mile off the coast of Aguadilla. Upon reaching the vessel, 20 aliens jumped overboard and started swimming towards the shore. The crew of the AMO vessel rescued the aliens using life vests.