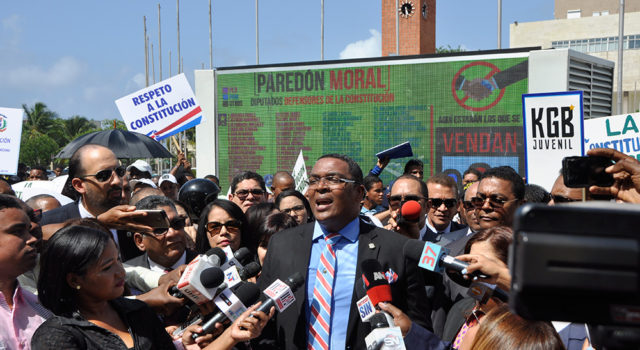 Chanting “the Constitution is not sold” protesters from various provinces unveiled a “moral wall” in front of Congress, where the photos of the legislators who would “sell” their vote to “magically” amend the constitution.

When installing the wall Botello (PRSC-La Romana), announced that they will be holding “popular trials” to “execute them (deputies) morally.”