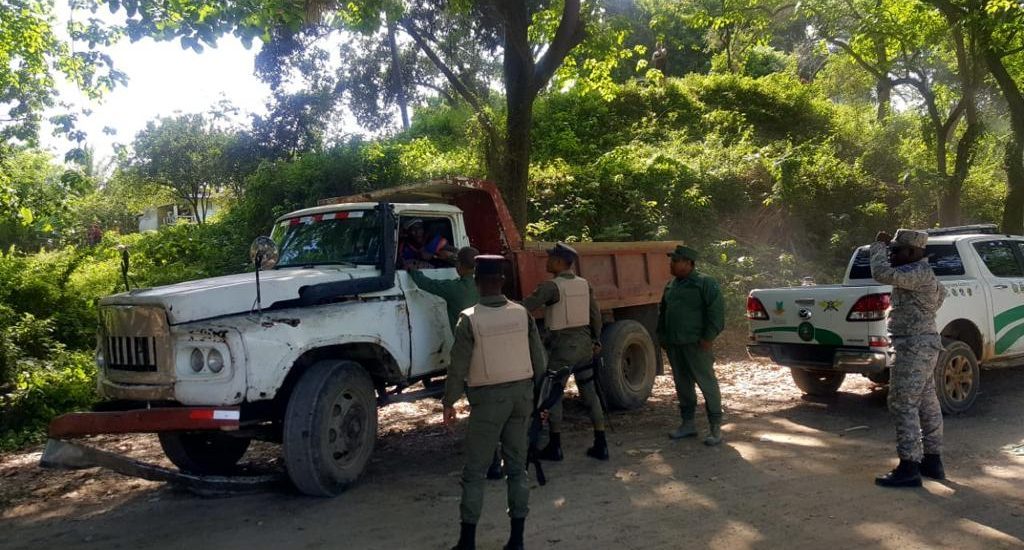 Santo Domingo.- As part of the actions against the illegal extraction of materials from river channels, the Environment Ministry’s National Environmental Protection Service (SENPA) on Tues. seized several trucks laden with sand extracted from the Nigua River, in San Cristóbal.

SENPA Rapid Action Unit agents intercepted two trucks, one driven by Manuel Ángel Guillén, who was arrested, while the other driver sped away and drove into the union offices, “where a crowd prevented him from being arrested.”

The trucks were towed to SENPA headquarters where they will be impounded, while their drivers will be charged by the Environment Protection Prosecutor.