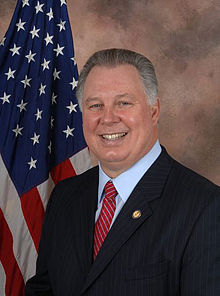 The also member of the Foreign Relations Committee spoke during a ceremony with Menéndez in Belleville, in which the post office was renamed after the Korean War veteran, Henry Svehla.

“He (Medina) must keep the Constitution that he has, it has served the Dominican Republic well”

“Why do you have to change it now?” said the representative of the 8th district of New Jersey.