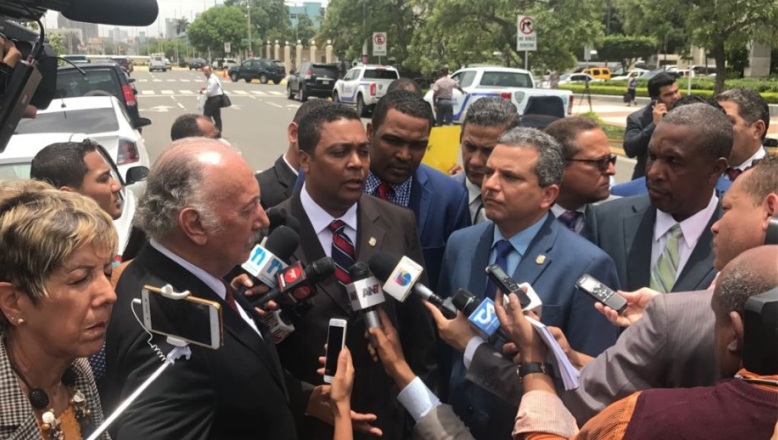 Santo Domingo.- For the second time in as many weeks dozens of people are gathered in front of Congress to protest against a possible constitutional amendment to allow president Danilo Medina’s reelection.

With placards and chanting the “Constitution is not sold,” the protesters gathered at the esplanade of Congress.

Several ruling party (PLD) deputies of the faction of former president Leonel Fernandez are expected to speak on the issue as soon as the session in Congress concludes.

The police have cordoned off the area where no incidents have occurred.