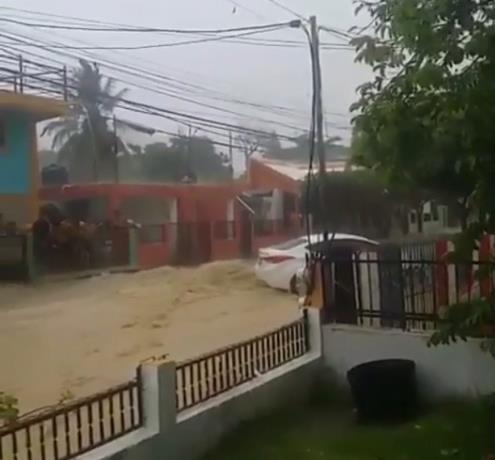 The rains registered this Friday in Santiago flooded homes, streets and even entire neighborhoods, which also caused long blockages in the urban area of ​​the city.

The rains, which were accompanied by thunderstorms, began around 5:00 in the afternoon and continued until around 9:00 in the evening, although with less intensity.

The sub-national director of Civil Defense with a seat in the North, Francisco Arias, reported that so far there are no reports of victims.

He said that there are reports of flooding of homes in the sectors El Ingenio, Ensanche Libertad, Circunvalación Sur, Gurabo, Hoya del Caimito Mella I and II, Cienfuegos and others.

Many vehicles were trapped in the middle of the flooded streets, which looked like rivers.

In the provinces of Santiago, Puerto Plata, and Valverde many tributaries left their channels.

In the sector of Alto de Rafey, in front of the main Free Trade Zone of Santiago, the floods displaced some vehicles.