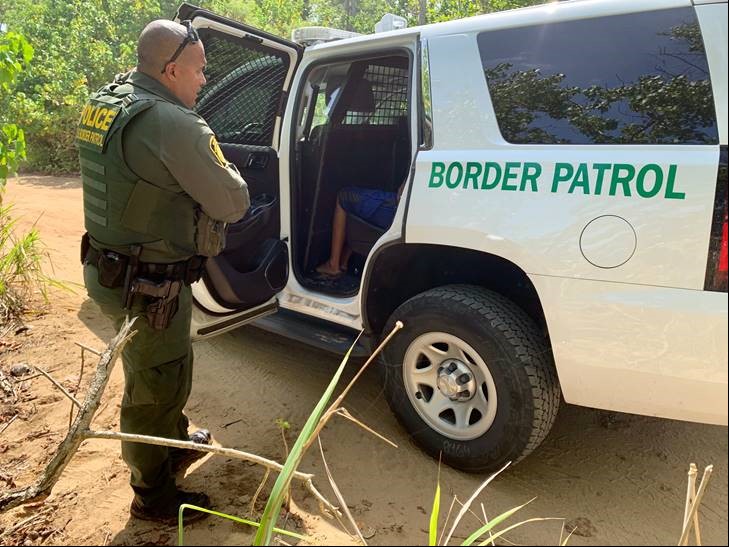 “We continue to work with our local partners to respond to smuggling attempts through our coastal borders. Keeping our communities safe continues to be one of our major priorities and we encourage everyone to assist us in our mission. If you see something suspicious, call us. Having the public support is instrumental to combating crime and ultimately, improving quality of life in our region,” indicated Xavier Morales, Chief Patrol Agent of the Ramey Sector.

On May 30, Ramey Border Patrol Agents along with Puerto Rico Police Department Maritime Unit, a Stonegarden partner, responded to a maritime smuggling event that took place near Las Villas, Añasco.  After a search, agents apprehended two citizens of the Dominican Republic, 1 male and 1 female.

On May 28, , Ramey Border Patrol Agents along with Air and Marine Operations (AMO) and the Puerto Rico Police Department Maritime Unit, a Stonegarden partner, responded to a landing near El Faro, in the town of Rincon, discovering an abandoned 26-foot “yola” type vessel with two outboard motors. After a search, agents apprehended nine Dominican Republic nationals (8 males and 1 female)

On May 25, Ramey Border Patrol agents located an abandoned makeshift “yola” type vessel that landed in a beach in the town of Aguada, following footprints for an estimated 30 individuals leading away from the scene.  Border Patrol Agents with the assistance of the Aguada Municipal Police Department, a Stonegarden partner, searching the area and apprehending seven adult male subjects claiming to be citizens and nationals of the Dominican Republic.

The Ramey Sector<https://www.cbp.gov/border-security/along-us-borders/border-patrol-sectors/ramey-sector-aguadilla-puerto-rico> is the newest of the twenty-one Sectors spread out across the United States. Encompassing the U.S. territorial islands of Puerto Rico and the Virgin Islands, it is the only Border Patrol Sector located outside the continental United States. The Sector’s entire border area is made up of coastline and its area of responsibility is made up of some 6,000 square miles of land and water area, including the twelve-mile band of territorial water surrounding the Islands.