Regional workshop addresses planning for resilience in the Caribbean 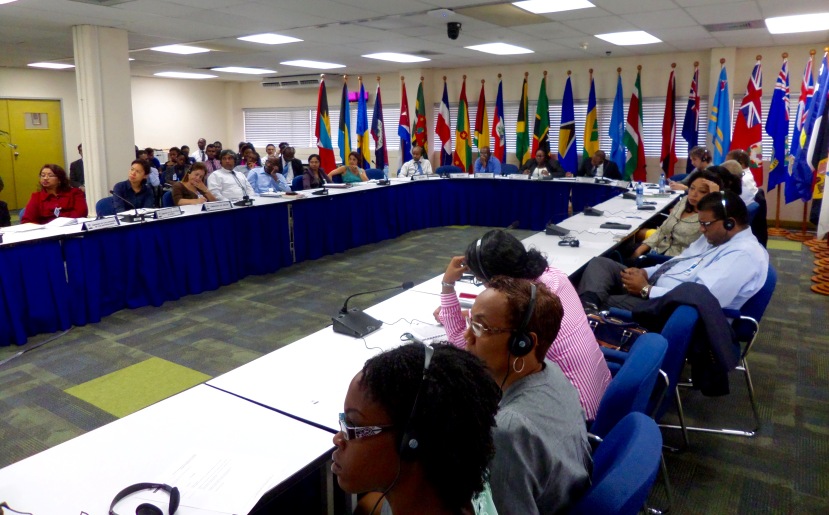 Port-of-Spain.- The Economic Commission for Latin America and the Caribbean (ECLAC) subregional headquarters for the Caribbean, together with the United Nations Human Settlements Programme (UN Habitat), organized the policy dialogue workshop focusing on the implementation of SDG 11 in the Caribbean, “Make cities and human settlements inclusive, safe, resilient and sustainable”, on 11 June 2019.

With over 70 per cent of its populations living in urban areas, the Caribbean population is today increasingly urban. As this population continues to grow, the majority come under a diversity of economic, social, cultural and environmental constraints heightened by climate change impacts.

In many Caribbean countries, urban growth has frequently been characterised by the informal nature of human settlements, a demonstration of the inability of urban policies to face urbanization demands. This recent urbanization process has been associated with greater poverty, expansion of informal settlements and inadequate housing, collaborating to widen the urban divide.

Held at the Trinidad Hilton and Conference Centre, the joint ECLAC – UN-Habitat policy dialogue workshop was the key milestone for countries to agree on the priorities and major issues facing local and central governments in the Caribbean relating to resilience and the upgrading of informal settlements within the context of SDG 11.

The diversity of crosscutting issues confronting the subregion require an integrated approach where planning both at national and subnational levels can address the new and severe social, economic and environmental pressures posed by climate change and a growing population in an inclusive manner, promoting participatory approaches and consultation with different social and stakeholder groups.

To this end, government officials exchanged experiences surrounding the priorities, functioning, challenges and opportunities of sustainable and resilient development in the Caribbean, addressing the specific context of informal settlements and disaster risk reduction considering in particularly the most vulnerable, those that are usually the worst-hit in case of disasters.

Discussions included the importance of encompassing the needs of hard-to-reach groups, including representatives of indigenous and rural communities, women, children and youth.