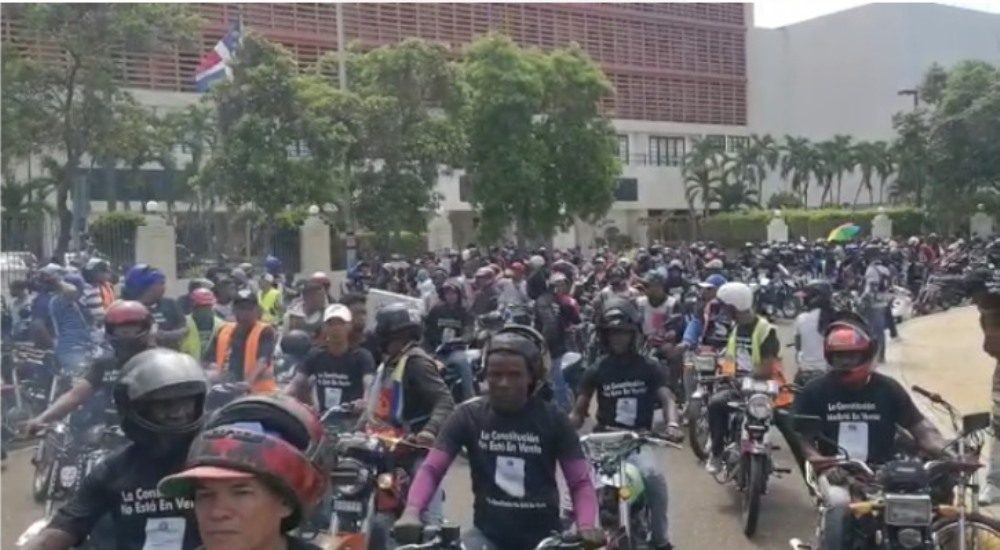 Santo Domingo.- Hundreds of motorcyclists from several parts of the country gathered in front of Congress Tuesday to reject an amendment  to Dominican Republic’s Constitution.

With a Juan Luis Guerra song in the background, and guarded by riot police, moto-taxis voiced chants against the possible amendment.

In recent days Congress has been the scene of other protests including lawmakers and member of private institutions, to express their disagreement with the constitutional reform.

The amendment to the Constitution would enable president Danilo Medina to opt for a third term in office in 2020.