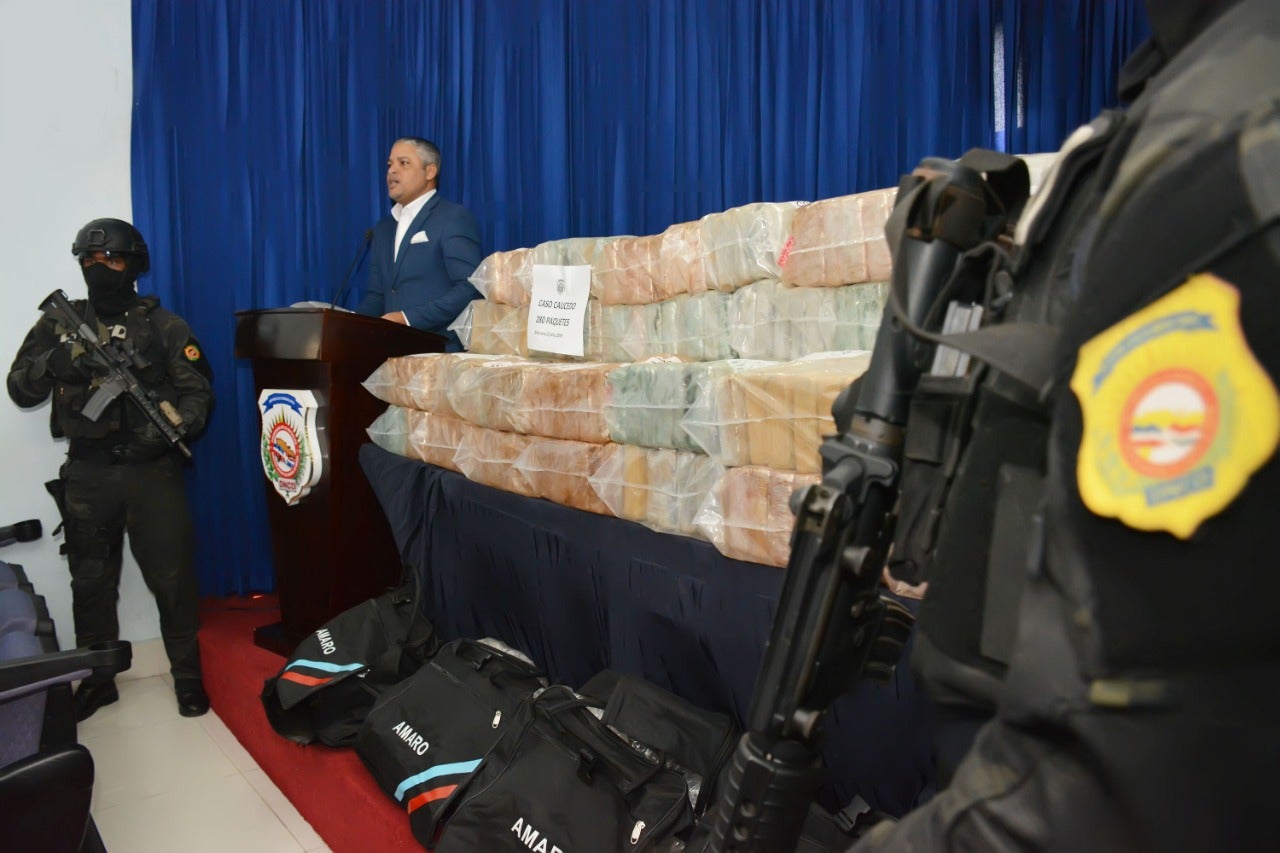 The Caucedo Multimodal Port security, the Office of the DA and agency members stationed in the port, as well as canine units, targeted several containers that arrived in the country from Venezuela.

During the search they found four packages containing the presumed drug, which arrived at the port in a container without any cargo.