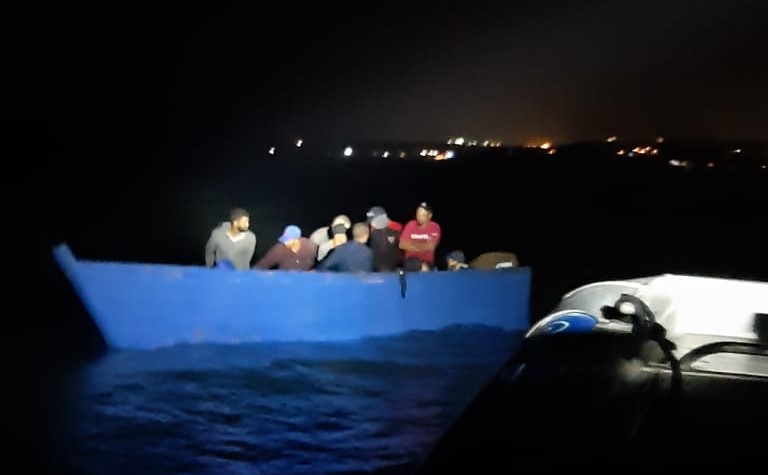 Aguadilla, Puerto Rico -U.S. Border Patrol agents arrested 6 aliens from the Dominican Republic Tuesday, who had been removed for prior criminal histories, who were found inside a vessel attempting to reenter the islands’ west coast.

“Out of all the apprehensions made during a fiscal year by Ramey Border Patrol agents, 31 percent face criminal prosecution and complete their sentences here before they are removed,” indicated Xavier Morales, Chief Patrol Agent at the Ramey Sector.  “The majority of the other 69 percent are processed administratively and removed from the US.”

Basilio Cruz-Garcia, 57, and Santiago Garcia-Rodriguez, 45, were arrested June 11 and brought before U.S. Magistrate Judge Marcos Lopez for an initial appearance on June 13, for violation of Title 8, United States Code, Section 1326(b)(2); for attempted reentry after a previous removal following a conviction for commission of an aggravated felony.

Rogelio Antonio Cabrera- De Jesus, 56, was charged for violation of Title 8, United States Code, Section 1326(b)(2); for attempted reentry after a previous removal following a conviction for commission of an felony.

Jose Ramon Jiménez-Maria, 47, and Rafael Payano-Calcano, 48, were charged were charged for violation of Title 8, United States Code, Section 1326; for attempted reentry after a previous removal.

One of the six aliens will be administratively removed from the US.

Special Assistant US Attorney Sean Gajewski is prosecuting the case.

If convicted, Mr. Cruz-Garcia and Mr. Garcia-Rodriquez face imprisonment for not more than 20 years, or a fine, or both.

If convicted, Mr. Cabrera- De Jesus faces imprisonment for not more than 10 years, or a fine, or both.

If convicted, Mr. Jimenez-Maria and Mr. Payano-Calcano face imprisonment for not more than 2 years, or a fine, or both.