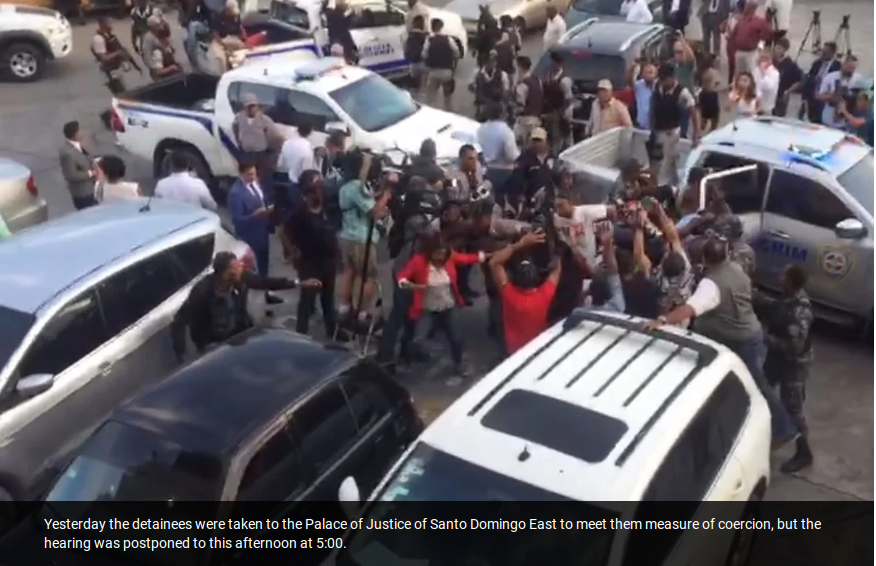 The Police, the Attorney General’s Office, and the state intelligence agencies, apparently, still have no clues in the identity of the mastermind, who would have paid to kill former Major League Baseball star David Ortiz Arias.
The identity of the one who organized the criminal structure of the attack on Big Papi remains unknown. The author of the attack remains a fugitive.

The Police, along with the Public Prosecutor’s Office, although it has nine captives, has not revealed who paid to have Ortiz Arias shot, nor what were the reasons why the former Boston Red Sox star suffered the point-blank attack. Additionally, reporter Jhoel López was wounded last Sunday at a fun center on Avenida Venezuela, in the Ozama neighborhood, in Santo Domingo Este.

In this case, Lanny Estefanny Pérez Reyes (La Venezolana or Pelirrubia), José Eduardo Ciprián (Chuki) and Carlos Rafael Álvarez (Carlos Nike) were arrested yesterday morning. These last two are serving prison in the prison of 15 de Azua, and a parallel process will be opened for this new case.

Also in the plot against Ortiz Arias, a measure of coercion has been requested for Rolfi Ferreira Cruz or Ramón Martínez Pérez. Martínez Pérez admitted that he shot the ex-baseball player, as well as for Oliver Moisés Mirabal, Joel Rodríguez de la Cruz (Squidward), Porfirio Ayendi Dechamps Vásquez ( Nene), Reynaldo Rodríguez Valenzuela, and Eddy Vladimir Féliz García (El Nata), who was driving the motorcycle where he tried to flee with Ferrera Cruz.

The authorities persecute Luis Alfredo Rivas Clase (The Surgeon), whom they ask to surrender voluntarily, and that the investigators affirm is the critical piece to clarify the attack against Ortiz because he was the one who received the five million pesos from the mastermind.

The Attorney General’s Office informed that it would request one year of preventive detention against all those involved and that the complicated case is declared.

He also indicated that they persecute other people who have been established as linked to the case.
The accused are accused of the alleged violation of articles 265, 266, 2, 295, 296, 297 and 302 of the Dominican Penal Code, as well as sections 66 and 67 of Law No. 631-16 on Weapons, Ammunition and Related Materials, to the detriment of Ortiz and López, who punish the assassination attempt, the association of criminals, and the illegal use of weapons.

The Judicial Office of Permanent Attention Services of Santo Domingo Este postponed last night the hearing for the cognizance of the measure of coercion for this afternoon at 5:00 at the request of the Public Prosecutor’s Office. This includes the case of Eddy Vladimir Féliz García, who was the first to be arrested and brought to justice last Tuesday and against which he was also asked to be sentenced to one year of imprisonment.

FBI does not investigate

The general director of the Police, Major General, Ney Bautista Almonte, said that according to the progress of the investigations, “anyone determined to have any connection to the fact will be submitted to the action of justice, without admission of who is involved.”

He also clarified that the FBI is not intervening in the investigations into the case of David Ortiz and that it is the police investigators who are in charge of the entire process.

However, the source that entrusted El Nacional with the presence of officers of the Federal Bureau of Investigation (FBI) and the Drug Enforcement Administration (DEA), and the International Police (Interpol), ratified today that there are agents of those organizations in the country conducting investigations of the case of David Ortiz.