Congress agitated over expectation of reform 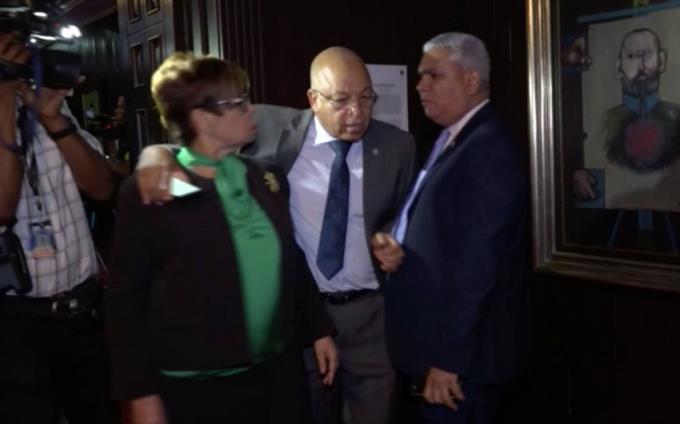 Congress is anxious over expectation of reform

The Congress met yesterday in both houses amid insistent rumors that a reform bill would be deposited to modify the Constitution, which would enable President Danilo Medina to opt for a new term.

Although it was not placed on the agenda of the day, this was the most talked about issue among legislators from all sides and parties: both in the morning session in the Chamber of Deputies and in the afternoon of the Senate. There were even verbal confrontations between deputies of the two factions involved in the struggle.

“The fact is that the conditions are not given, for a project like this to happen. Those are rumors,” proclaimed Juan Carlos Quiñones, deputy of the Dominican Liberation Party (PLD), a supporter of former president Leonel Fernández.

“The conditions are already there, we have the votes and we are just waiting. The president does not have to speak, we as deputies are the representatives of the people and as such we will collect the feelings of the people,” answered the deputies Sandra Abinader and Rafaela (Lila) Alburquerque. Following these pronouncements, there was a confrontation between Juan Carlos Quiñones and Lila Albuquerque, in the corridors of the chamber, peppered with personal accusations.

Fidelio Despradel, deputy for Alianza País, warned that another reform to the Magna Carta would be a deadly blow to the weak democratic institutional framework. But he found an answer in the PLD deputy Elpidio Báez, who became the main spokesman for President Medina in the chamber.

On the outskirts of the Congress there were demonstrations of protests by the Federation of Transport La Nueva Opción (Fenetrano).